You’ve Never Seen A Live Oarfish Before, Click For Video Of Rare Fish!

Oarfish are extremely difficult to find in the wild, as these long and exotic-looking fish are usually found in the ocean’s murky depths. But like the giant squid, scientists recently lucked out and captured one of these amazing fish on video for the first time! 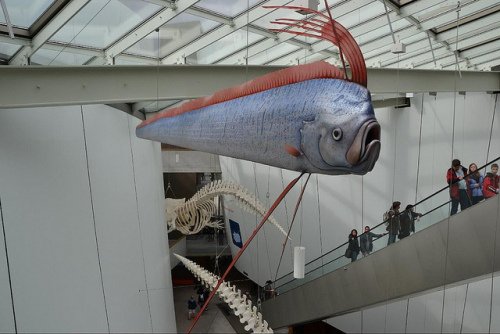 The oarfish is the longest living bony fish as it can stretch to a length 36 feet long as an adult. While they have been spotted in all of the world’s oceans, they prefer the warmer deep sea waters. Not very much is known about these elusive creatures, as they are rarely observed alive and healthy, but scientists have studied oarfish that have washed up on beaches. We do know that they consume zooplankton and other tiny creatures and swim by undulating the fins on its back to propel itself through the water. 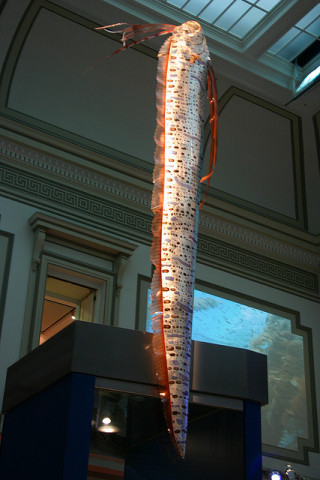 Lucky for fans of marine wildlife from across the globe, the SERPENT project (Scientific and Environmental ROV Partnership using Existing iNdustrial Technology) managed to capture several clips of a healthy oarfish living in the Northern Gulf of Mexico in 2011. Can you believe that SERPENT is just now sharing this awesome “sea serpent” with us?

From what we’ve learned from watching this alien fish, it appears to be blind (eyesight isn’t that important if your species normally lives in pitch black deep ocean conditions) and that it isn’t afraid of human contact. The creature’s lack of fear or caution towards the researchers also suggests that there are few predators that would attack an adult oarfish.

If you’d like to see more exceedingly rare marine life on video, check out this recent clip of a giant squid.

Now if only someone could manage to raise an oarfish in a zoological park so we could enjoy these mohawked fish on a regular basis!