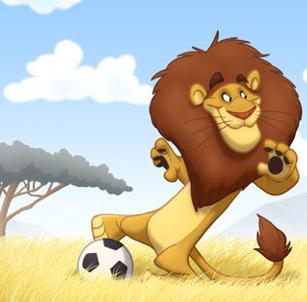 sporting events. But you got to hand it to our furry and reptilian friends - after several different species were successful in picking the winner of the last Super Bowl in the States, it's not a stretch to think that animals outside of our borders could be just as accurate with their winning picks.

So while the World Cup 2014 is in progress, let's see if the stars are aligned and our animal oracles are able to select some winners. With the whole world watching, there was a lot of pressure place on one loggerhead turtle, named "Big Head." This particular turtle is considered Brazil's answer to Germany's Paul the Octopus, -- who was credited with starting this psychic animal craze back at the 2010 World Cup -- and, spawning a number of imitators around the globe.

Located at the Praia do Forte Turtle Sanctuary north of Salvador, the 25-year-old male sea turtle was presented with two choices. It was either eating a fish hung from a Brazilian flag or a Croatian flag. Before tipping his hand Big Head initially threw everyone off by attempting to eat the fish hung from a football, which would have indicated a draw. But after psyching the crowd out, and true to the land from which he hails, the loggerhead ordered up the Brazilian flag for his entree selection.

Kangaroo is a Predictor too!

However, Big Head is not the only animal visionary with a head for betting on the right team. Australia Zoo’s number one kangaroo, Flopsy, is so self-confident of her abilities, she's putting her nickname, Predictaroo, to the test at this year’s World Cup. For each of the major matches, this Eastern Grey Kangaroo will nominate the winning team by selecting from one of two bowls of food. Here, animal enthusiast and trainer Bindi Irwin, -- daughter of the late Animal Planet commentator Steve Irwin -- adds some local color to this story.

Predictaroo is also posting her predictions on her Twitter account @Predictaroo for those who'd like check in on her from time to time, to see how accurate she is in her selections. 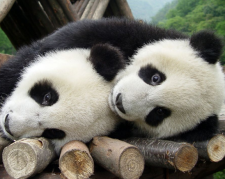 A sleuth of baby pandas based in Sichuan, China are reportedly  picking the World Cup's victorious teams as well by choosing food and climbing trees. Featured in a South China Morning Post, it was noted that the pandas from the Giant Panda Protection and Research Center will compete for food in bamboo baskets in the group matches and then climb trees to reach the flags of different competing nations in the knockout rounds.

Elephant has the Memory for it?

As we all know, elephants are known never to forget. But can they also predict the future? Seems to be the case - and Nelly the Elephant comes to the 2014 World Cup with a track record, reportedly having correctly predicted 30 out of 33 results from the Women’s World Cup in 2006. Her selection process has more to do with the game of soccer than some of the other animal odd-makers though. She makes her picks by, appropriately kicking a soccer ball into the goal with her trunk. And good news for us Americans- as this video from her home in Serengeti Park in Germany shows that Nelly chose Team USA to win its first game against Ghana this Monday. Stay tuned!

If We Could Talk To The Animals

For what it's worth, researchers at Goldman Sachs have given Brazil - buoyed by home-field advantage -- a 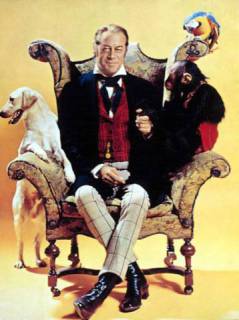 You know. . .  if we were Dr. Doolittle, we wouldn't need to put all these animals through a battery of tests to determine winners. We'd only have to ask these psychics - and they'd be able to tell us. But that would take all the the fun out of it, don't you think?

Why (Oh, Why) Are Cats So Weird? The Curiosity Animal Video of the Day!!!
Comments