Wolfing Down Pumpkin Pie For The Holidays, Complete With Family Feuds

With the holidays once again upon us, pumpkin pie often finds it's way to the dinner table for Thanksgiving, Christmas, Hanukkah, Kwanzaa and this year even at Thanksgivukkah where you'll find folks slicing up that pie for the mash-up celebration of two holidays. But what about our furry friends at the Wolf Park in Battle Creek, Indiana?

In an effort to allow wolves, coyotes and foxes to join in on the holiday spirit, Wolf Park is once again holding their annual Pumpkin Party where pumpkins are served up to the wolf pack and their friends, stuffed with edible delicacies.

The Park has been known to offer pumpkins as an "enrichment" goodie pack to break up some of the daily routine of the canines in their sanctuary. Animals in captivity benefit mentally and physically from figuring out how to get to the goodies hidden in the pumpkins. 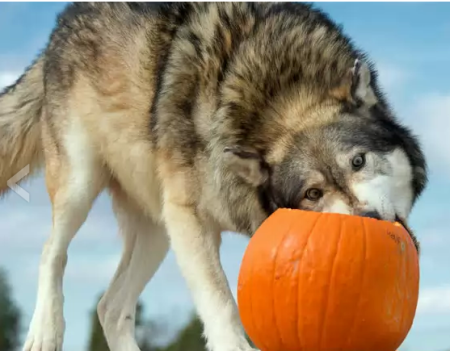 Just as families -- kept in close quarters on celebratory occasions -- wolves are known to have the occasional familial dispute. In particular, this park's main pack has shown some disharmony. Recently, it's been noted that Renki, the male gray wolf (canis lupus) shown here has recently lost a power struggle with his two younger siblings. 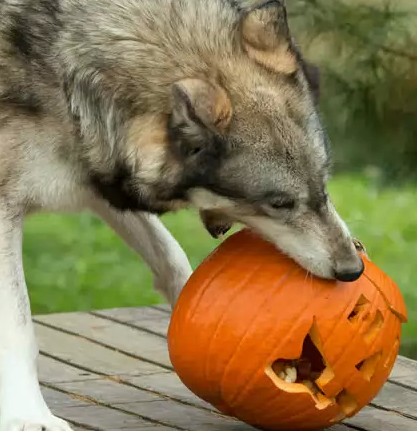 Complex social interactions determine which wolf claims the rights of the alpha, or dominant leader. Renki's family feud pitted him against his younger brothers, the litter-mates Wolfgang and Wotan, in a battle for supremacy. 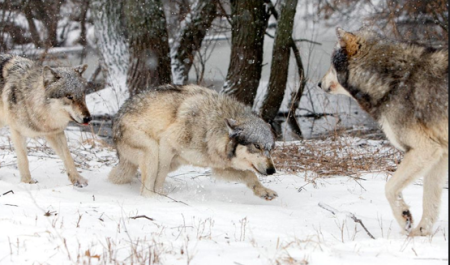 Renki, Wolfgang & Wotan playing the real-life game of "Who's the Boss?"
The wolves' caretakers eventually had to move Renki into a separate pack to protect him from this imminent take-over. The brawling brothers Wolfgang and Wotan now have their own dynastic dilemma. Although Wolfgang rose to dominate the pack, Wotan has never completely given up his aspirations to be top dog. Wotan, named for the chief god in the Germanic pagan pantheon, may yet live up to his namesakes' grandeur -- perhaps as early as the next Pumpkin Day Celebration. Time will tell.

And while Wolfgang and his brothers are somewhat dysfunctional, he at times manages to put aside his 'alpha antics' to express his artistic side. In sort of a Pavlovian twist, he's learned how to work his caregivers. For instance -- when he jumps backwards repeatedly, his delighted human audience will reward him with treats. Wolfgang has even learned to take a cue from his namesake, Wolfgang Amadeus Mozart and will hop in unison with one of his caretakers -- when she hums a waltz. Could piano lessons be far behind? 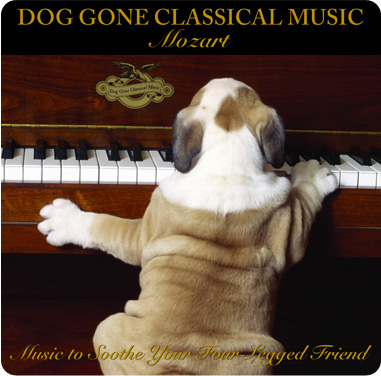 From Goya To Westminster, The Bichon Frise Has Come A Long Way Baby!
Comments