Why Does Social Media Go Cray Cray For Cats? 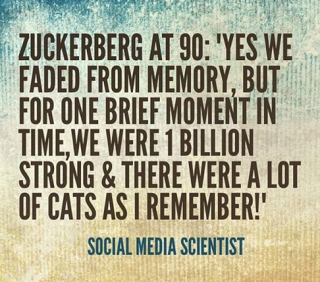 Cats! Cats! and more Cats! You see them everywhere. They've taken over the digital landscape. I have personally written a countless number of blogs about them on Petslady. If you were to conduct a keyword search on Google for “Ron Callari and cats,” you would surface 198,000 SERPs (search engine result pages.)

And while I don’t remember publishing that many blog posts per se, those searches also included my cat photos, and the number of times my posts were retweeted, uploaded to Facebook, Tsu, Tumblr and all the other major social networking platforms.

So the question we need to ask ourselves is what’s so special about cats? I mean they’ve been domesticated as long as dogs - who probably should be favored more, considering their man’s best friends and all. They’re often stubborn, virtually untrainable and in many instances don’t necessarily want your attention, unless it’s to feed them or let them run loose. That old saw that contrasts a dog's social standing to a cat's still holds true this day: Dogs have masters . . . Cats have staff!

So what is it about feline-themed content that appeals to us? Well, when Mashable’s Amy-Mae Elliott set out to solve this most “pressing quandries of our time,” she distilled our infatuation down to their ‘cuteness’ factor.

"There are a few constants not only on the Internet, but throughout modern culture — an interest in all things 'cute.' Dating all the way back to the 1870s with photographer Harry Pointer taking photos of cats and then adding amusing captions, to our modern day incarnation of social media memes, popular culture has taken interest in kittens, cats, babies, and puppies," says Elspeth Rountree, the co-founder of Know Your Meme.

In my 2012 blog post titled, “Cats Whose Futures So Bright They Have To Wear Shades,” I noted that Emily Huh editor-in-chief of the widely popular pet humor blog with the unlikely meme of "I  Can Haz Cheezburger" pointed to "cat popularity" coming down to loving their innate cuteness.

“Unlike dog lovers who have dog parks as a place to socialize, cat people socialize on the Internet, which is like a giant litter box of cat lovers,” she says. Reaching over 20 million people each month, the website has given "cool cats" a place where they can hang their fur balls, get laughed at and appreciated for all of their feline quirkiness.

"Juxtaposing surprising meanings over cat images, a la the LOLcats phenomenon, allows us to engage in an 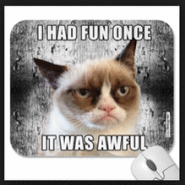 activity humans have long been doing: projecting our thoughts onto the mysterious countenance of felines," says Sam Ford, director of digital strategy with Peppercom, research affiliate with the MIT Convergence Culture Consortium. And Grumpy Cat is a perfect example of this phenomenon.

According to a number of sources, the “cuteness factor” has a scientific basis. Through visual signaling, certain animals, people and objects have a set of features or behaviors that we deem to be heartbreakingly cute. Patterns include: big eyes, round face, a proportionally large head, a button nose, floppy limbs and clumsy movements.

So does that mean, cats are going to remain social media darlings for ever (even when Zuckerberg celebrates his 90th birhtday?)  — and that try as we might — there is no 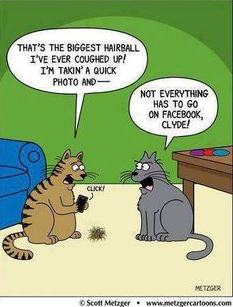 getting rid of them?

Well, that appears to be the case. And in addition to our furry felines showing up on all of our major social networks that feature photos, such as Instagram, Flickr, Pinterest and Snapchat, there’s also a slew of social networks that have launched solely dedicated to felines and their cat-people owners.

From Catmoji out of the Malyasia to Catster and United Cats, there’s just no denying it. Cats rule social media . . . and the Internet at large . . .  for that matter!

PetsLady's Pick: Cute Pearl Harbor Kitten Of The Day
How Animals See the World -- The Animal Video of the Day!!!
Comments