There are times when the legal systems in any country can run off the
rails -- sometimes with hilarious results. Attorneys do their best to
pull all of the information together with witness reports, evidence, and
precedents that might affect the case. In one incident in West Midlands
in the U.K. things got somewhat out of hand when the CPS (Crown
Prosecution Service) kept demanding a witness statement from Officer PC
Peach -- a dog. 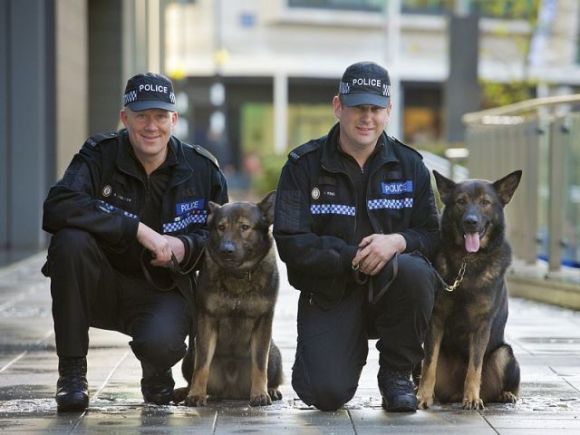 The police department kept trying to explain to the prosecutors that the officer was unable to make a statement since the officer in question was a dog. Bureacracy being what it is, they continued to demand this particular piece of paperwork. Perhaps they took the comment that PC (Police Constable) Peach was a dog was more editorial than fact. Whatever the reason, the human police officers finally decided to file the report as seen here: 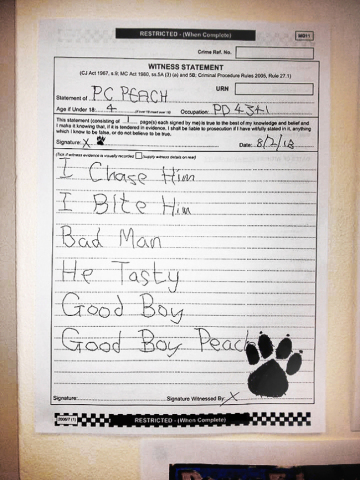 There is no word on the reaction of the prosecutors when they received this report. No doubt there were some red faces and good-natured chuckles all around.

Relegate Lion Trophies To The Land Of Arts And Crafts