The Weekly Buzz! Pigeons Detect Breast Cancer, Beer For A Cause, Bugs For Brunch, Best Holiday Gift, And More

Pigeons can do some very important work - not only have they been
trained to carry messages for thousands of years, but now they're being
trained to detect breast cancer... and they do it very well!  This week
you can also learn more about the chamelian cuddlefish in an unnatural
environment; how birds, insects, animals, and even humans find our way home; and what did the spider eat for
lunch?  Did you know that one company is planning to stop poaching of
the African Rhino with beer?  Plus, what gift to get the kid who has
everything!

Scientists at the University of California and other universities have trained common pigeons to identify breast cancer signs on film images.  Pigeons were trained in an operant conditioning chamber that was equipped with a food pellet dispenser and a touch-sensitive screen upon which the medical image and choice buttons (blue and yellow rectangles) were presented. (image below) 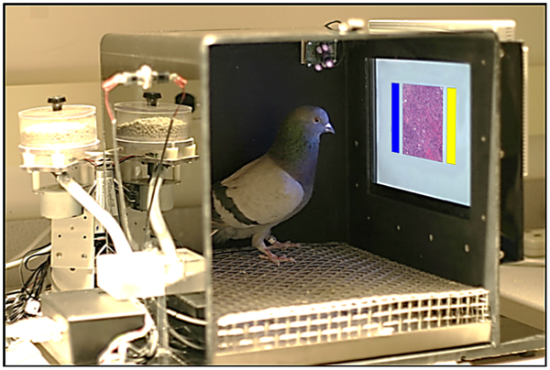 image via Plos One

Lead author of the study, Richard Levenson from the University of California, Davis told the British Standard that even trained pathologists and medical doctors often have difficulty interpreting similar images.  Levenson indicated that in the future pigeons could indeed be used to identify cancerous tissue on medical images.  The very interesting study is published in the journal Plos One.

A Cuddlefish At Home In A Living Room? 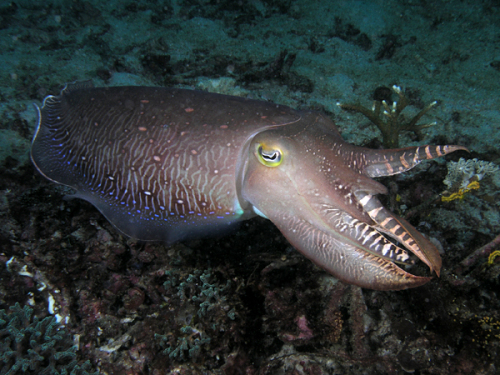 Cuttlefish are famously studied for their ability to blend into their warm, shallow-water environments - an ability that can enable them to escape their predators, fooling them into believing they are shells or rocks or sea flora.  But can a cuttlefish disguise itself anywhere?  What about a living room, for example. Richard Hammond, in his Miracles of Nature on BBC One, puts this experiment to the test.... 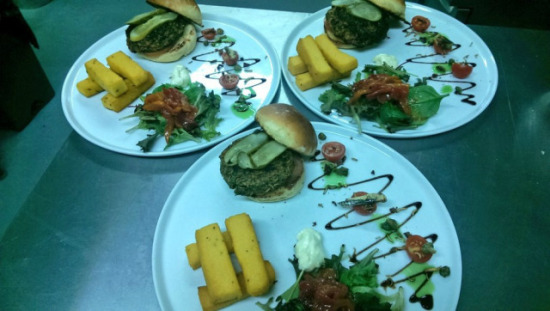 According to entomophagist and chef Andy Holcraft, bugs are "delicious, exiting, and healthy" to eat. (Mashable). Holcraft opened up Britain's first insect-centered restaurant in Wales, Grub Kitchen, where folks who are brave enough to eat there really find the food quite good. It's becoming essential to include insects in our diet, Holcraft contends, as the human population keeps growing and our animal food sources are declining. Crunch, crunch.

(For more information about bugs as a food source, visit InsectsAreFood.com.)

So what exactly did the spider eat?  Do we have to kill the spider to learn about its diet?  No.  Not any more. 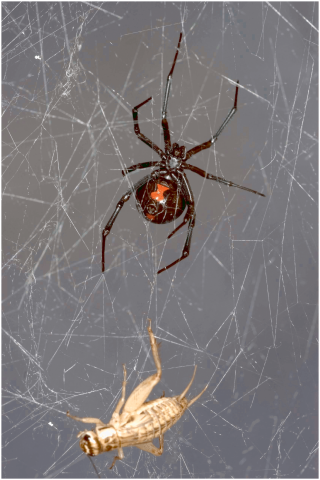 image by Scott Camazine via Plos One

Because researchers from the University of Notre Dame and the Potawatomi Zoo (South Bend, Indiana) have come up with a non-invasive way of determining a spider's diet.  They found the DNA of both the spider and its prey on the spider's web.  The DNA?  A black widow spider and a house cricket.  The study is published in the journal Plos One. (via The Escapist) 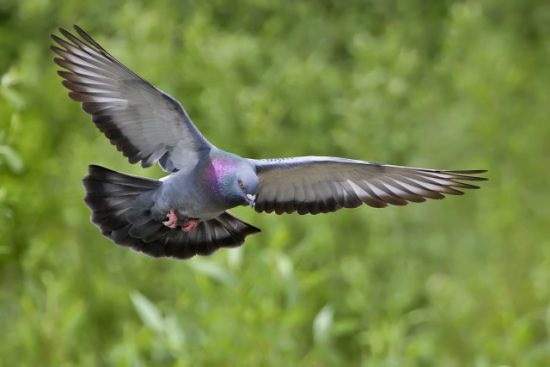 Rock dove, related to a pidgeon, has amazing capability of finding his way back home.

Back to the subject of pigeons, scientists at the University of Peking have discovered how pigeons find their way home, how migrating birds, bees, and other insects, animals, - and yes, even humans - are able to get around without a map.  Be it understood, though, that humans don't have as much of the discovered magnetic proteins as their flying friends, so we need Google Maps.

The long-undiscovered, but suspected, answer is the magnetic proteins in the retinas of these flyers that are able to read the magnetic field of the Earth with the help of light from the sun!  The study is published in Nature Materials. (via Daily Mail) 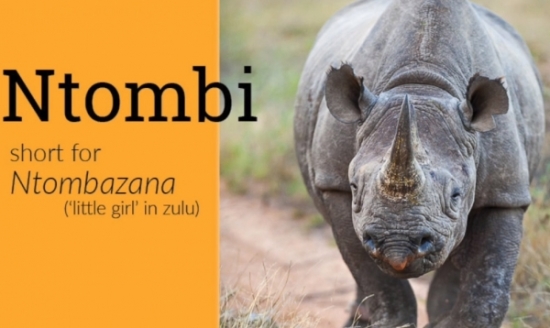 The poaching of African rhinos for trophy and believed medical cures has led to the near-extinction of the species. It is rumored that poachers demand about $90,000 for one horn in Viet Nam and China, where the horns are in greatest demand.  But a San Francisco biotech startup called Pembient has made a 3D model of a rhino horn using the same DNA as the natural horn and plans to sell the horns at a much lower price to reduce or eventually eliminate the poaching of rhinos.  Pembient is even creating a beer that contains the DNA, an inviting way to take one's medicine.

Maybe some other concurrent measures need to be taken?

What To Buy A Kid Who Has Everything 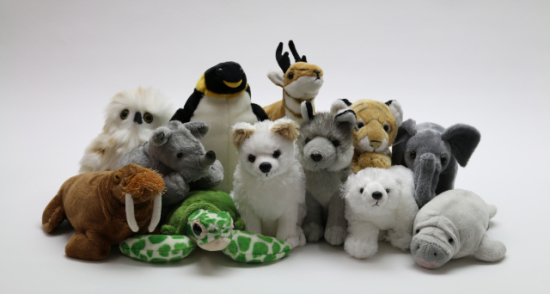 I
always find that holiday shopping for kids is most troublesome.  They
quickly grow out of clothes and they often get the most desirable toys
and gadgets from their parents.  If you find yourself frustrated by this
too, then what about giving to an animal cause in their names?  Defenders of Wildlife
lets you choose a symbolic wild animal (or a whole pack of animals) to
save - one whose species is now threatened with extinction.  You make a
donation, starting at $20, towards saving one of dozens of animals -
tiger, snowy owl, walrus, sea otter, bat... and many more.  Make the
donation in your giftee's name and, depending on the size of the
donation, your giftee will receive a certificate in his or her name, a
photo of the animal saved, a plush toy model of the animal, information
about the animal, and an activity book for helping to save endangered
species. You can even make a dedication to a person or pet that has passed away.  Browse
through your choices here: Defenders of Wildlife Adopt An Animal.

Read More of The Weekly Buzz; it never gets old!