Vandals Involved In Fowl Play As They Slay Pet Chickens

DeBary, Florida held a scene of horror last weekend when a person or
persons unknown broke into a chicken coop and callously beheaded all of
the chickens inside. Last week the Hart family had been ordered by local
authorities that the birds had to go due to being against city code.
They had been given two weeks to comply 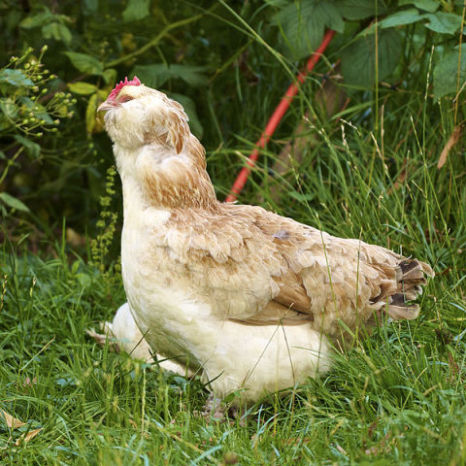 Chicken (Photo by Jorg Hempel/Creative Commons via Wikimedia) or to have time to file for an appeal. To make the story even more
distressing, the birds were therapy for the family's autistic
son.

J.J. Hart is just two years old and the birds he called his "ducks" had helped him connect with the outside world and begin to communicate and socialize. Now four of the five chickens are dead and a fifth is in bad condition. The family now faces an even more difficult task in breaking the news to the toddler. In addition to the challenge of a two-year-old understanding a loss from death is that of explaining it to a child with autism.

J.J.'s father, Joseph Hart, discovered the bloody scene at around 9 a.m. EDT on Saturday morning and immediately called the police.

The boy's mother, Ashley, has already dealt with the struggle to keep her son indoors while the police investigated the crime scene. He was anxious to go out and see his beloved birds.

Ongoing studies show that children with autism show marked improvement in their symptoms and behaviors with regular interaction with animals, whether they are pets or other animals. In addition to cats and dogs (and chickens), structured programs such as therapeutic horseback riding and swimming with dolphins have also made major differences for autistic children. Children who have not previously communicated may start to communicate with the animals which in turn becomes a gateway to interacting with humans.

There is no telling if this will create a setback in J.J.'s progress. There are few leads to track down the offenders and the Harts had not had any problems with the neighbors.