Extinction is a fact of life on this planet, as evidenced by the dinosaurs. Causes can vary from climate change to asteroids. According to a 1998 survey of biologists conducted by New York's American Museum of Natural Historically, nearly 70 percent believed that we're in the early stages of a human-caused extinction, known as the Holocene Extinction, which predicts that up to 20 percent of all living populations could be become extinct by 2028.

Amphibians inhabit a wide variety of habitats residing within terrestrial, fossorial, arboreal or freshwater aquatic ecosystems. Extinction of these species are perceived as one of the most critical threats to global biodiversity, and several causes are disease, habitat destruction and modification, exploitation, pollution, pesticide use, introduced species, and increased ultraviolet-B radiation.

Here is a list of the top ten most threatened amphibians. 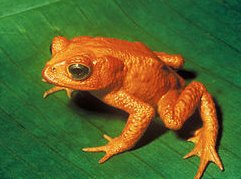 1- Golden Toad of Monteverde, Costa Rica - is considered the most famous of the lost amphibians and was among the first casualties to decline. Formerly abundant, it was last seen in 1989. Originally discovered in 1966 in the Monteverde Cloud Forest, possible extinction is thought to be linked to climate change and disease. 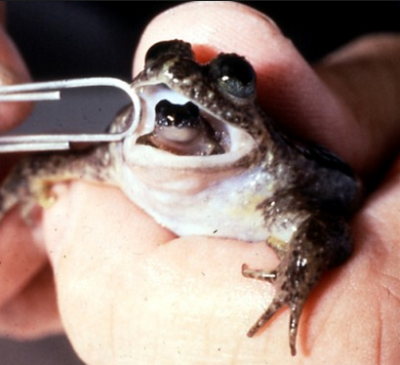 2- Gastric Brooding Frog, Queensland, Australia - consisting of only two species, both of which became extinct in the mid 1980s. These frogs were known for their unique mode of reproduction. Females swallowed eggs, raised tadpoles in their stomachs and then gave birth to froglets through their mouths. The reason for the frogs' decline is unknown. Timber harvesting and the fungus are suspected. 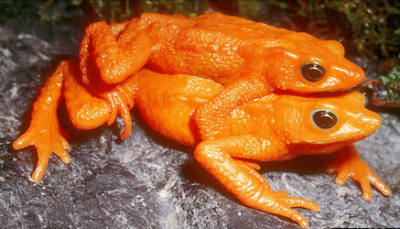 3- Scarlet Frog, Venezuela - is a striking species originally found in a single stream of an isolated cloud forest (Paramito de San Francisco), near the town of Guaraque in southwestern Venezuela. Last seen in 1990, reasons for its decline is unknown. 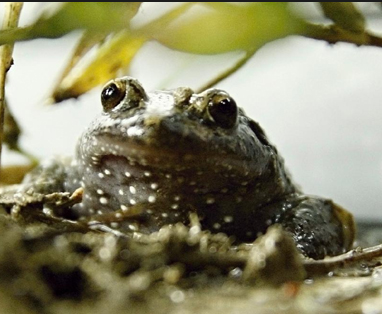 4- Hula Painted Frog, Israel - was last seen in 1955 when a single adult was collected. Efforts to drain marshlands in Syria to eradicate malaria may have been responsible for the disappearance of this species. According to an ecologist of the Israel Nature and Parks Authority, the frog's Hebrew name, agulashon shehor-gahon is translated as: black-bellied and round-tongued. tongue. 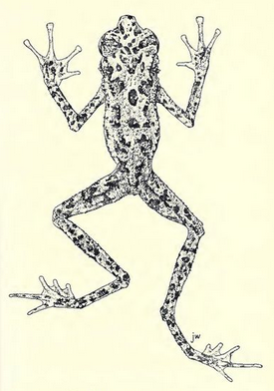 5- Sambas Stream Toad, Borneo - was never photographed, only sketched. Not seen since the 1950s. If it still exists, it will have a hard time adapting because the only suitable habitat is a range on the island of Borneo that's been converted into a golf course. Logging could have played a role in its demise.

6- Turkestanian Salamander- found in Kyrgyzstan, Tajikistan, and Uzbekistan, last seen in 1909 and known only from two specimens collected that year. Currently on the list of the 10 Most Wanted Amphibians, a rediscovery effort has been launched by Conservation International. 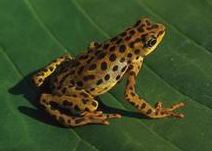 7- Rio Pescado Stubfoot Toad, Ecuador - may have been wiped-out entirely by chytridiomycosis, according to some reports. Conservation International estimate a decline of more than 80 percent over the last three generations. The known range of the species is outside of any protected area, and if it survives, urgent conservation action will be necessary to stem the destruction of its habitat. 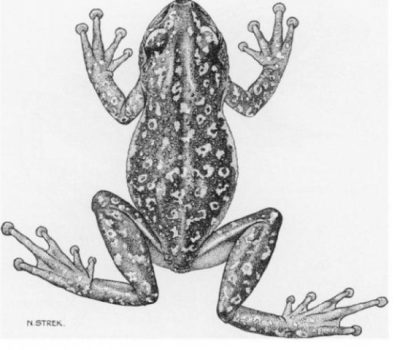 8- African Painted Frog, Republic of Congo/Rwanda - is little known since it's never thought to have been photographed. It resides in high-altitude forests, especially bamboo treed regions, but the frog hasn't been recorded since 1950, possibly due to a lack of field work in the area.

9- Jackson's Climbing Salamander, Gautemala - is a black and yellow salamander. Story goes that it is one of only two known specimens is believed to have stolen from a California laboratory in the mid 1970s and was last seen in 1975. Originally listed as Critically Endangered by the IUCN Red List, this species was moved to Data Deficient status on account of the need for more information. 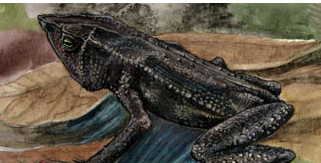 10- Mesopotamia Beaked Toad, Colombia - has a distinctive pyramid-shaped head where scientific knowledge of this species is based entirely on a 1914 discovery in a creek north of the western Colombian village of Mesopotamia. Like other species in its genus, it is believed to produce eggs that hatch directly into small toads (forgoing the tadpole stage). The species has not been seen since its discovery, and its original habitat is unprotected and under intense pressure from human activities.

Losing amphibians has far-reaching effects on man, even though man ironically is often the direct cause of their decline. "Frogs are the canaries in our coal-mine." says Dr. Jaime Garcia Moreno, executive director of the Amphibian Survival Alliance. They act as an early warning system for man about the health of our planet.

There's many reasons to save these ancient creatures that even survived the demise of the dinosaurs -- If for no other self-serving reason than they eat bugs by the ton every year for free, including mosquitoes that carry West Nile virus. Damn good reason to keep around as neighbors in my book. Don't you think readers? 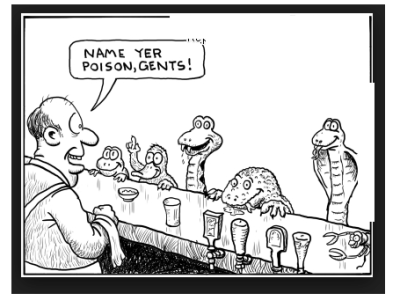