The Things That Curl Up In The Night

Life with animals can be filled with odd twists and turns -- especially
when they turn up unexpectedly to sleep with you. This week it was a
99-year-old woman in Florida who was sleeping when she felt something
caressing her face. She opened her eyes to find a strange furry animal
curled up on her chest. When she screamed it screamed and ran to take
refuge in the attic. 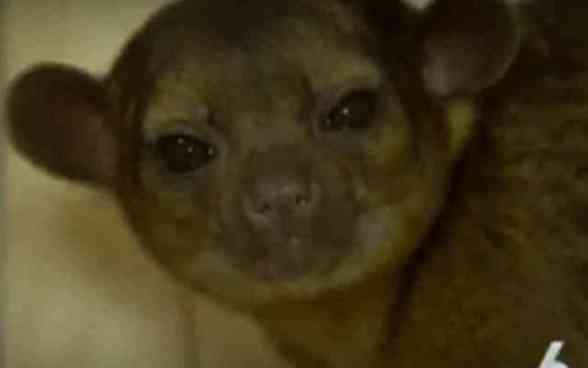 The terrified woman called her son-in-law and they managed to coax the animal out of the attic and outside with some food, but it returned the next day. That was when they realized that they needed a more permanent solution to this dilemma. 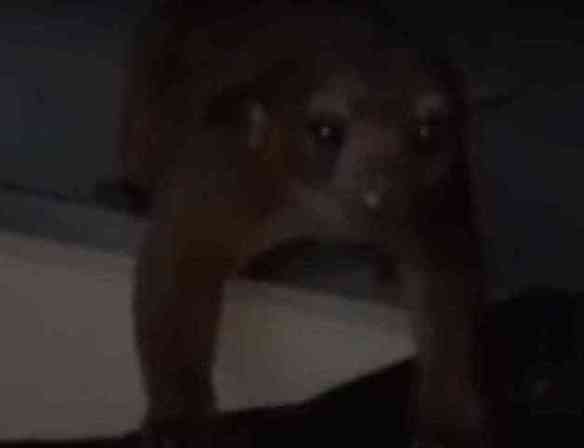 Banana the Kinkajou Being Lured from the Attic

At this point they called a friend who was able to identify the animal as a kinkajou. She used an iPad to Google kinkajou sounds and managed to lure the animal into a pet carrier. From there the animal was taken to a nearby vet clinic. 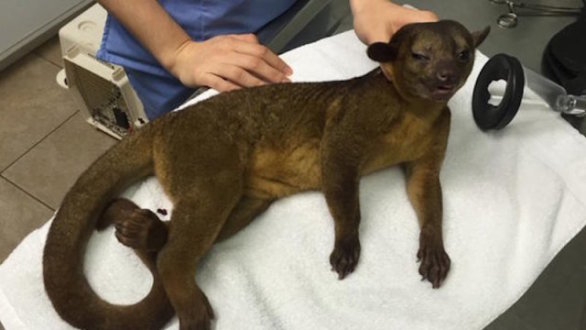 Banana the Kinkajou Being Checked Out at the Clinic

Kinkajous are wild mammals native to the rainforests of Central and South America. They look something like a cross between a cat and a monkey, though they are actually a distant relative of the raccoon. Like monkeys it has a prehensile tail to allow it to anchor itself to tree limbs. Between being wild and a natural tree-dweller, they are ill-suited to being a pet. People are only allowed to keep them domestically in the United States with a special permit.

The veterinarian, Dr. Don J. Harris, commented that this animal was obviously used to being around humans or the unidentified woman could have been very seriously hurt. The kinkajou, whose name is Banana, is now back home with his human family in Miami.

Finding a strange animal in your bed is not unheard of. A man in England once woke up to find a fox sleeping with him. To read more on that story, click here. When my mother was in college she had a professor who had spent a part of the Great Depression as a hobo riding the rails across the U.S. One night he fell asleep on a grassy embankment. When he woke up in the morning a rattlesnake was curled up on him to keep warm. He kept calm and waited for the snake to wake up and slither off. *shudder* Having had the neighbor's pet python turn up in my bathtub was close enough for me.