"Sunday Mass" Takes On A New Meaning In Sri Lanka

On Sunday, June 10, a christening was held for 15 baby elephants at the
Pinnawala Elephant Orphanage in Sri Lanka.  The starting initial for
each name was selected by an astrologer based on their birth dates and 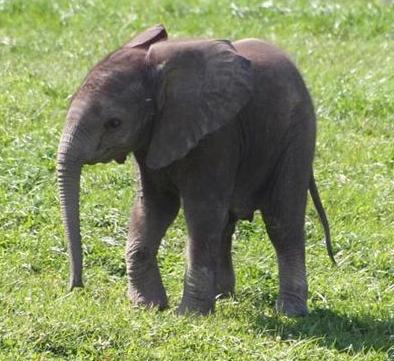 Baby Elephant
times for the luckiest and most advantageous letters. The names for the
junior pachyderms had then been suggested by visitors.

The orphanage, which first opened in 1975, is situated in a coconut grove 50 miles from Colombo, Sri Lanka's capital.  There are 83 elephants in residence at the orphanage, most of whom were
orphaned or separated from their families. Many, like the newly christened babies, were born
at the orphanage. 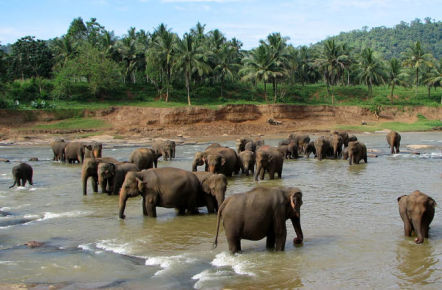 Elephants Bathing At PinnawalaIn the biggest event ever at the facility, the babies were all given milk and then walked to the nearby river for a bath.

Elephants are considered sacred in Sri Lanka and several of the animals have been given to Buddhist temples to be paraded during annual pageants. Their sacred status has no doubt helped their survival in the wild on the island nation amid skirmishes between government forces and rebels during a bloody civil war. During a study conducted last year, it was determined that there are 7,379 elephants remaining in the wild, despite concerns that the population might have dwindled considerably below that level. In 1900 the country had 12,000 elephants in the wild.

Deck The Tree With Direwolves!
Comments