Stray Dogs In Sochi Being Rescued

Stray dogs are a common sight in cities throughout Russia, including
Sochi where the 2014 Winter Olympics are being held. The number of stray
dogs there exploded during the construction of Olympic venues in the
area. 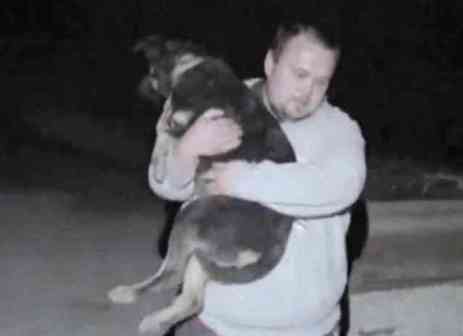 Sochi Dog Being Rescued (You Tube Image) To deal with the problem the city hired pest-control to have the
dogs captured and killed before and during the Olympics. This has raised
eyebrows among animal activists around the world, and spurred the
fledgling animal rights movement in Russia to take action.

During the construction the dogs were useful as noisy guards to keep the building sites secure. The workers would feed the dogs to keep them around. Because of this the dogs are more friendly than feral. Now that the construction is done their usefulness has ended and they are just excess baggage to the city.

About a dozen animal activists are engaged in a semi-covert operation to capture the dogs and smuggle them out of the city to find them good homes in other areas. Like animal activists around the world, they just can't stand the thought of innocent, healthy dogs being killed for the sake of convenience.

Two safe houses have been set up as a place to gather the dogs before they are put in cars and driven out of town. The movement of the dogs is done under cover of darkness to avoid unwanted observation or interruptions. The next stop is 75 miles away along the coast of the Black Sea. There the dogs are handed off to another driver and vehicle that will take them to Moscow and a list of families waiting to take them in. Food and medicine are also handed off at this point to go along with the dogs.

One of the unfortunate part of a dog's life in Russia, according to one of the activists, is the culture of adopting a dog, playing with it for awhile, and then just throwing it away when they tire of it. It has caused large populations of stray dogs throughout the country. For more into on stray dogs in Moscow, click here.

The city of Sochi, after being asked to comment on the issue, responded by saying that they were setting up a dog pound. Small comfort for the animal activists who want to see the animals safely in homes rather than the limbo of the pound. So the operation continues in the dark of the night to help these Sochi dogs.