Apparently the human race is not the only one with a lock on the rat
race. It can happen even among the stars and we're not talking Captain
Kirk and Mr. Spock here. Amazing new time-lapse video of the ocean 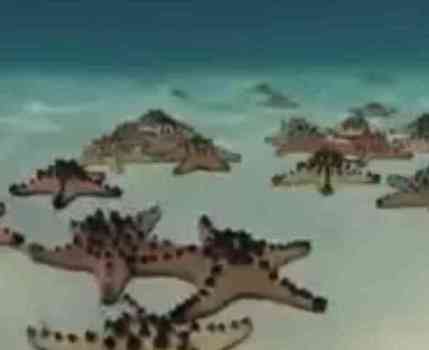 Star Fish Ruch Hour (You Tube Image)floor
shows a colony of sea stars during "rush hour." As with humans, the
traffic jam is caused by those who just don't get with the program and
move.

Starfish are one of the most common creatures in the sea, but are rarely seen moving. Now underwater photographer Karin Brussaard has taken 2½ hours of video and sped it up so that it takes just over a minute. Now we can see the creature "rush" around, bumping into one another.

Brussaard, from Rotterdam in the Netherlands, was in the Philippines last November. Normally she would photograph sharks or colorful fish, but she was feeling a bit bored and wanted to try something new. So she decided to try her hand at a time-lapse video. The problem was what her subject would be since most ocean life travels too quickly to work well with time-lapse.

She had never had much interest in starfish, but had always wondered how they moved. Her first try was a flop as the heat from the camera clouded the lens. Undeterred, she returned the next day to try again, this time with something to absorb the condensation.

The result was this cute and funny video of the sea creatures that resemble sugar cookies with chocolate chips on top.