A couple was taking an evening stroll along the Winnebago River in Mason
City, Iowa, when they noticed a man on the North Kentucky Avenue bridge
as he dropped a duffel bag into the river. It was such a strange sight
that they just had to find out what he was disposing of. They fished
the bag out of the water and were shocked to realize that the bag was
moving and making noise. 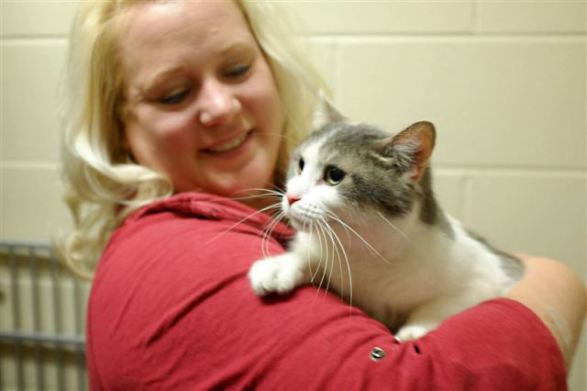 When the man and his wife opened the bag they discovered a calico cat soaking wet and desperately in need of their help. They called the police to report what they had found and to turn the soggy moggy over to the authorities. The police took the cat to the local shelter. 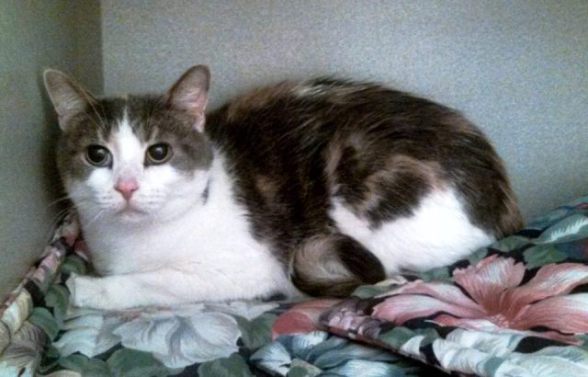 At the shelter the cat was named "Winnie" after the Winnebago River, given a check-up, a bite to eat, and a place to sleep. Not surprisingly, she is still a bit terrified and cautious. The shelter staff is trying to gently get her socialized again. Her shyness is certainly to be understood after what she has been through, poor baby.

Since the horrible incident the police in Mason City have arrested William Hill, 69, and charged him with animal torture, a misdemeanor. Hill has confessed to putting his own cat into a bag and then tossing her into the icy river. There is no word as to why he would do such a cruel thing.

Animal lovers have been calling the shelter to voice their anger and their desire to see justice done. While the shelter has no power over the matter, this does seem to indicate that Winnie will be able to find a good forever home once she is ready to be put up for adoption.

These Dolls Are The Cats Meow