Another fading species of magnificent grandeur, the cheetah, the fastest animal on land known to man, is facing hunting and habitat loss.  Cheetahs are yet another species vulnerable to extinction, which is why the efforts are so great to keep newborn cubs alive, even if their mother rejects them.  This is what happened to the cubs born just a month ago to first-time cub-bearing cheetah Ally. 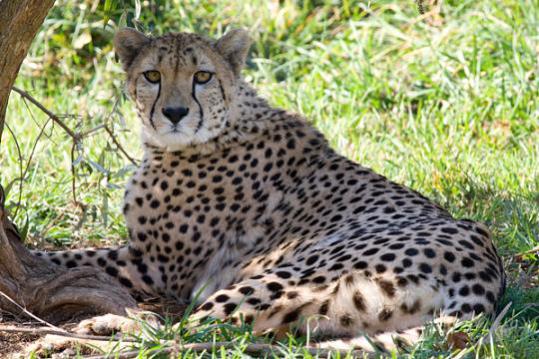 Ally's first cub was a male, born at the Smithsonian Conservation Biology Institute (SCBI) in Front Royal, Virginia.  But instead of nursing him and cleaning him up, Ally rejected him, an action not that uncommon for first time mothers in captivity.  The cub was soon moved to the veterinary hospital and was treated for severe hypothermia.

But within hours after her first cub's birth, Ally stopped having contractions, even though the veterinarians could hear additional heartbeats inside her.  Sure enough, a radiograph indicated there were three more pups inside Ally.

It is extremely rare to perform cesarean surgeries on a cheetah, but in an effort to save the remaining pups, the SCBI chief vet, Copper Aitken-Palmer did just that. And though vets, zookeepers, and scientists at the Institute worked for hours trying to resuscitate the cubs, only one survived; a female.

“Given how rare this procedure is, we thought it’d be unlikely for any of the cubs to survive,” said Adrienne Crosier, SCBI cheetah biologist. “But that little female is a fighter. Once we got her breathing, she just kept going. It was a very intense, stressful experience, but among the most inspiring of my career.”

Ally and her two cubs were in intensive care for three days, during which the cubs' father, Caprivi, was brought in to give blood to boost the immune systems of the cheetah cubs. 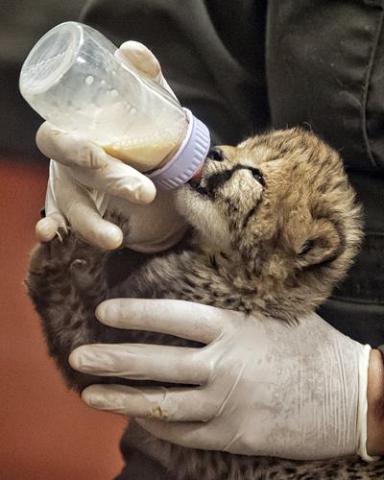 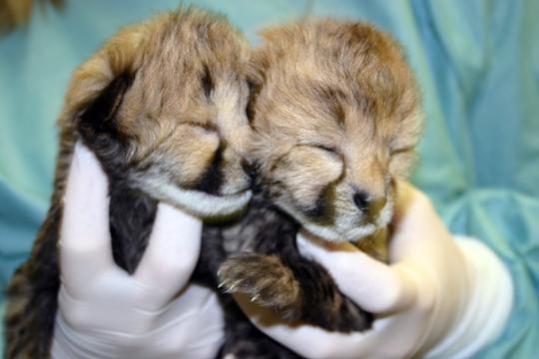 “There are now two new genetically valuable cubs in a population that so desperately needs them,” Aitken-Palmer said. “So this is really a success for this struggling species.” 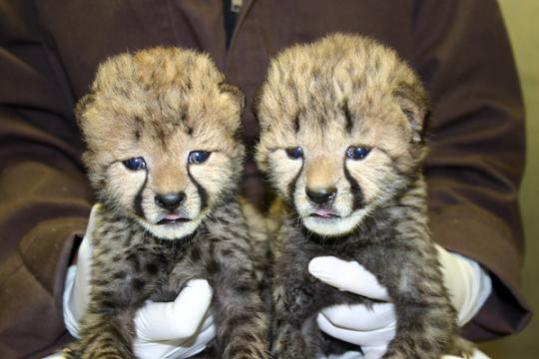 Though the cubs are still being hand-raised, they have moved to the National Zoo, where it is hoped that they will thrive to become "ambassadors for their species."  If all goes well, the cubs, yet unnamed, will be ready for public display in late summer.

It is estimated that there are only 7,500 to 10,000 cheetahs left in their natural environments.

sources:  African Savanna, Around The Mall

There Is Nothing Else Like Jellyfish On The Tree
PetsLady's Pick: Cute Fall Raccoons Of The Day
Comments