Signs Of Aggressive Behavior In Dogs 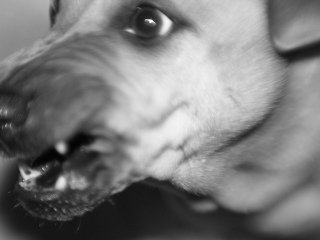 Signs of aggression can be worrisome in dogs. Especially because dogs are usually companions to their owners. Nobody wants their dog to suddenly attack someday. Keep reading to learn the signs of aggression, so you can prevent it.

Signs And Types of Aggression

Look out for these general signs of aggression.

Territorial aggression is marked by a dog's desire to protect his home. They might develop aggressive or protective behavior towards people or animals who try to approach their home. The first sign of territorial aggression is usually a low growl when visitors or animals approach your home. Later signs could include barking, or even attacking or chasing after a visitor. 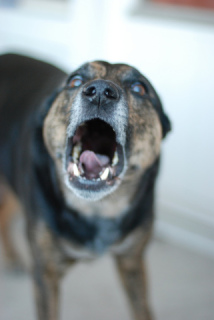 Aggression With Other Dogs

Negative reactions to the presence of other dogs is another common form of aggression. Signs of this aggression might include your dog puffing up his chest and shoulders as he's focusing on another dog. He may growl at the other dog. Watch the fur on the back of his neck and shoulders to see if it stands up, and watch to see if his ears flatten. If he shows these signs, it's best to take him away from the other dog as he may try to attack.

Stress, and sometimes age, can often increase the chances of a dog biting. The first indicator of stress-caused aggression is a low growl or a snap. If your dog cowers in a corner or shies away, he's usually warning you not to approach. Treat him with caution as he may bite.

Some dogs will become possessive over their items or food. This means that they'll often become aggressive if a human or another animal approaches them while they're eating or playing with a toy. The dog will usually growl and lower his head over the object he's trying to protect. If he determines any movement as aggressive, he may decide to bite.

If your dog exhibits any of these signs, take him to a vet, and then a behavioral specialist to find out what you can do. It's best to get the problem taken care of as soon as possible, so you can enjoy a wonderful relationship with your furry companion.

Pets Are A Puzzle