'Sharknado' Takes A Bite Out Of Social Media

Watching something horribly ridiculous is like not being able to avert one's eyes from a car crash. Perhaps that's the reason, when the cheesiest of movies made its TV debut on the SyFy Channel, the Twittersphere lit up like a Christmas tree, with over 5,000 tweets per minute.

The unlikely premise of 'Sharknado' is absurdly simple. When a freak hurricane swamps Los Angeles, nature's deadliest killers end up ruling sea, land, and air as thousands of sharks are hurled into the city to cut their teeth into anything human that gets in their way.

Starring Tara Reid, Ian Ziering, John Heard, Cassie Scerbo and Jaason Simmons, you have to wonder if the actors really knew what they were signing up for? Or were they in on the gag, knowing that it would become an instant cult classic?

Star Trek's alum and perennial Geek Wil Wheaton who now gets some air time on the "The Big Bang Theory" TV show issued a spot-on-tweet that should have been delivered by someone like Al Roker.

Then when the Twittersphere couldn't help but regurgitate it over and over again in subsequent retweets, Wheaton issued a follow up that coyly chastised his following for taking notice.

Other note-worthy members of the Twitterati also got in on the act. Fake-celeb @TheBatman gave it a thumbs-up while taking a swipe at the "Dark Knight Rises."

Buzzfeed posted a "Top 7 Best/Worst Lines of Sharknado,"  which included lines I'm sure will become instant classics as some of the most-repeated quotes in movie history. Here's their number one best/worst. 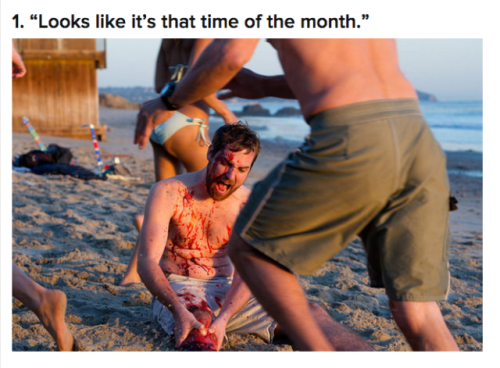 The co-hosts of the “Today” show held a dramatic reading of some of their picks for the movie’s cheesiest lines, and the mayor of Los Angeles — where the movie was set — also joked about it on Twitter.

Gina D wrote in her Storify blog, that "Snakes on the Plane… was child's play compared to Sharks IN A TORNADO. Boom," and she ended her posting with a photoshopped pic of the country's favorite redneck we-love-to-hate. 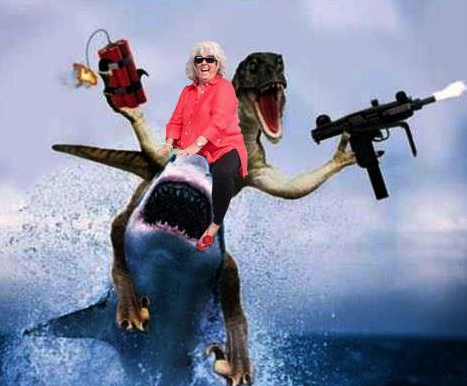 Nielsen’s quarter-hour ratings suggested only a few hundred thousand viewers tuned in on “Sharknado” after it started at 9 p.m., perhaps because they saw friends or celebrities joking about the movie online. But when 'Sharknado' attacked the Twittersphere, it really took hold -- and, between 9 p.m. and 9:15 p.m., according to Nielsen, 1.2 million viewers were watching. Between 10 p.m. and 10:15 p.m., that number rose to 1.4 million, then leveled off until 10:30, when it spiked again, peaking at 1.6 million between 10:45 and 11 p.m.

Dave Howe, Syfy’s president, probably best summed up why this phenomenon captured the zeitgeist of the country so fast: “Nothing like a weather disaster with teeth!”

So, what's in the future. A sequel? Will Wheaton has already put a request in to the producers to star in it if that idea ever takes hold. Or perhaps reinventing some of the old movie classics and inserting an animal in place of leading man? Just a thought. 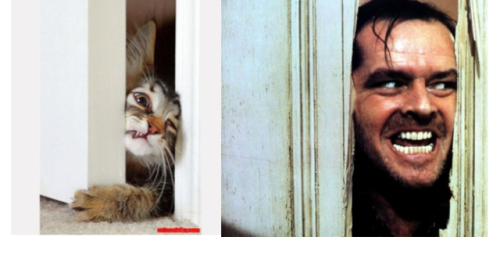 Cute Kitty Hug! The Cuddly Animal Video of the Day!!!
Drunken Moose Are A Problem For Swedish Citizens! (Video!)