Just in time for summer 2013, Sea World Orlando just launched their latest and coolest expansion, Antarctica: Empire of the Penguin, and it looks like an amazing adventure! 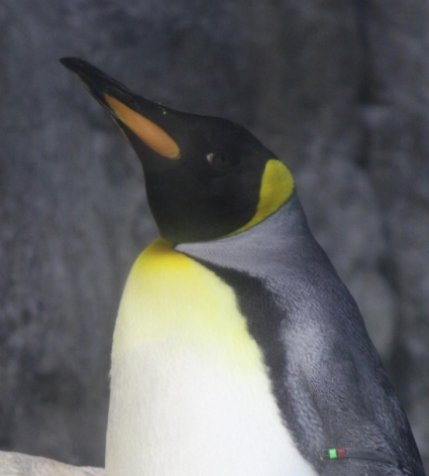 This large Antarctica-inspired attraction places four penguin species at the center of the expansion: King, Rockhopper, Adele and Gentoo. Visitors are able to ride a state of the art vehicle through a beautiful ice cave to share the adventures of Puck the Gentoo penguin. Puck takes riders through an elaborately crafted ice cavern to experience his story via a combination of animation, a unique orchestral soundtrack recorded by Lauren Alaina, and naturally, a huge colony of live penguins.

Antarctica opened to the public on May 24th and was an instant hit with visitors. Sea World guests are able to get up close and person with the various penguins, as minimalist glass walls and open air are all that separate the flightless marine birds from the park’s patrons.

Whoopsie! Looks like one of those low walls led to a brief escape, but the Gentoo penguin was quickly recovered by the penguin wrangling staff.

Speaking of the expansion’s Gentoo penguins, they are known for having the fastest swimming speed of any penguin species. While King penguins look very similar to emperor penguins, King penguins are actually the second largest species. Rockhopper penguins are easy to identify, as their long, yellow “eyebrow” feathers and penchant for bouncing around are iconic traits for the bird. The adorable Adele penguins are famous for their tuxedo-like feather pattern, and are exclusively found in Antarctica. 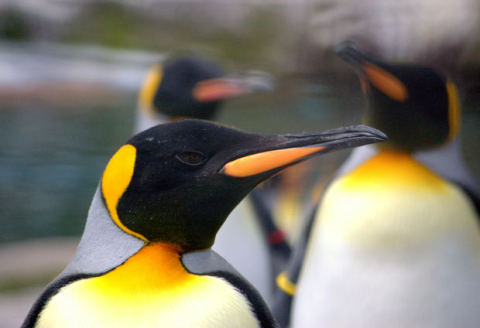 Sweet Seal Kiss! The Animal Video of the Day!!!

Dog and Duck -- The Animal Video of the Day!!!
Comments