Recently a video of a "sea monster" was uploaded to YouTube caused a sensation around the
world. It was footage of a 30-foot long decaying carcass found along
Pukehina Beach on the Bay of Plenty in New Zealand in late April.
"Experts" who viewed the video claimed that the creature was everything
from a saltwater crocodile to a dinosaur. 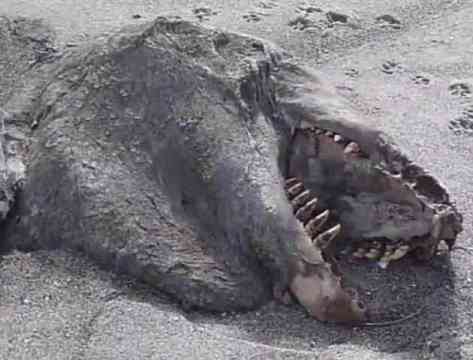 The footage was finally reviewed by marine scientists like Anton van Helden. They pointed to the remains of the fin and said that the shape indicates that the carcass was not that of any monster, but that of an orca whale. The carcass may have been in the ocean for quite some time before washing up on the beach, giving it its rather gruesome appearance.

Orcas are common in most of the oceans of the world and are not unknown to wash up dead on the beaches of New Zealand. The carcass has since washed back out to sea. 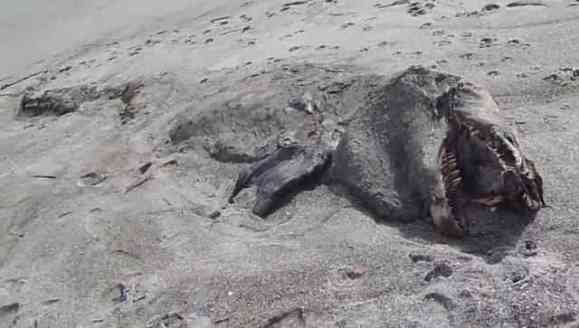 New Zealanders who find whale carcasses are asked to call the Department of Conservation so that they can make a determination of what should be done with the remains.