The trend of people taking selfies has become ubiquitous around the
world it seems, especially if you can get your dog, cat, or other animal
to join in. Even in Middle Eastern countries the practice is
everywhere. A prominent Saudi Muslim cleric has issued a pronouncement
saying the taking of selfies with cats  -- or any other animal -- must
be banned. 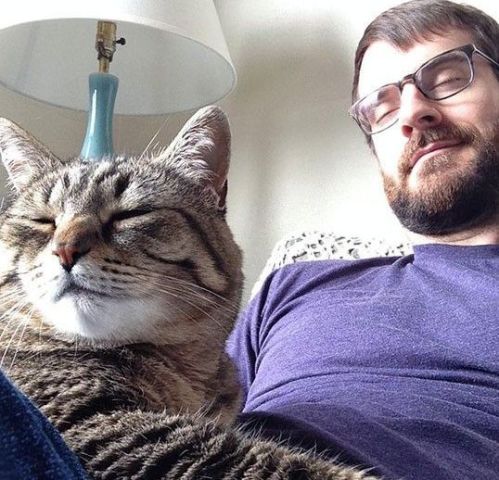 "The cats don't matter here," he said. "Taking pictures is prohibited if not for a necessity, not with cats, not with dogs, not with wolves, not with anything."

Indeed the art and architecture of the Islamic world does not depict any real representations but are filled with beautiful designs instead. The strict interpretation of Islam in Saudi Arabia makes things that are quite commonplace in the rest of the world a cause for punishment.

While taking photographs of any kind is supposed to be prohibited, taking selfies and pictures is an extremely popular in the Gulf region. I doubt if this will happen -- especially when it comes to those cute, cuddly, and utterly irresistible felines. Let's just see if he can carry this out.