Santa Delivers Gifts To The Fish

Everyone has long thought that Santa's journey begins on Christmas Eve. Truth be told it starts a couple of days before as he travels around the world visiting the fish in aquariums and coastal areas. This week he has been busy visiting the fish in places like National Aquarium in Baltimore, Maryland, the Florida Keys, Paris, and England. That ho-ho-ho sounds a whole lot different coming through scuba gear. 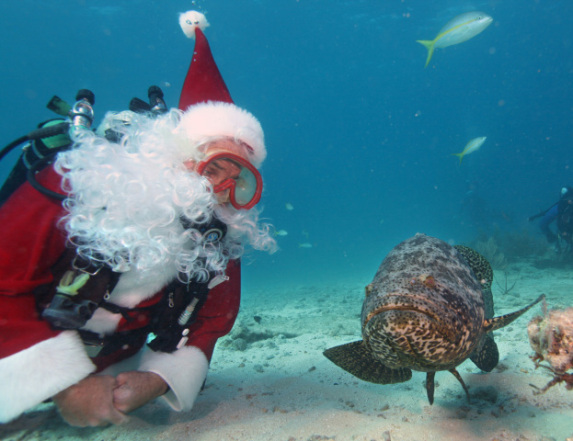 In this case Santa's bag is filled with fish food to share with all of the sea creatures he encounters. Since the reindeer don't do too well at swimming, they hang out elsewhere while Santa makes these rounds. 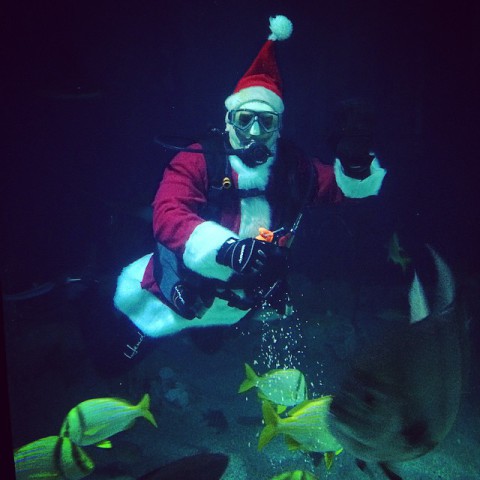 In England there is a whole group of diving Santa's who get together at this time of year and hold events to raise money for charity. In 2009 the group known as Scuba Santas set the world record for the "Most Scuba Diving Santas" with 158 Santas taking the plunge at once. 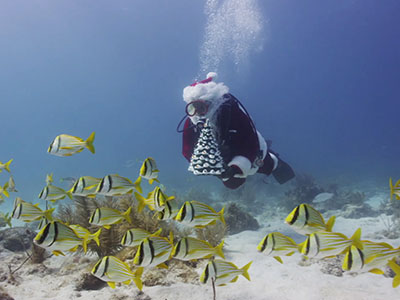 At The National Aquarium a single diver is chosen from their 150 volunteer divers to play Santa and entertain both the crowds of visitors and the fish. In a Paris aquarium Santa also showed off his swimming skills and blew kisses to the visitors there. In the Florida Keys Santa delivered a small Christmas tree to the ocean creatures.

It is pretty amazing how spry the jolly old elf is after all of these years.