A Roadside Memorial For Fish?

On October 11, 2012 in Irvine, California, a large truck was involved in
a three-way accident. It had been carrying 1,600 pounds of live bass
headed to market when it flipped, spilling the contents over the
highway. All 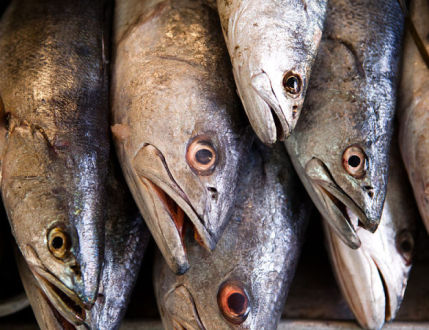 Sea Bass (Photo by Tomascastelazo/Creative Commons via Wikimedia)of the fish were killed in the accident. Now the People for the
Ethical Treatment of Animals (PETA) has requested that a memorial road
sign be placed on the spot to commemorate the deaths.

In the past PETA has made such requests when pigs or cattle were killed in road accidents while on their way to be slaughtered. This is the first time that they have made the request on behalf of fish. So far local and state agencies have denied all such requests.

If for some reason the sign becomes a reality, it would read "To the hundreds of fish who suffered and died on this spot." A spokesman for the city said that there are no plans underway to erect such a sign.

No human injuries were reported in this accident.

Fish
News Stories
Weird, Odd or Bizarre
This Guy Didn't Catch The Type Of Catfish He Was Expecting -- The Animal Video Of The Day!!!
Virtual Pets Send Spooky Animated 'Sloppy Kiss' eCards For Halloween!
Puffer Fish And The "Crop Circles" Of The Deep
Really Get Hugged By Your Stuffed Animal!
Comments