A Colorado Springs man was arrested in Boulder, Colorado, on Monday by
University of Colorado police officers as he was riding his horse
through the city in the area of the CU campus. Witnesses said that the
man appeared to 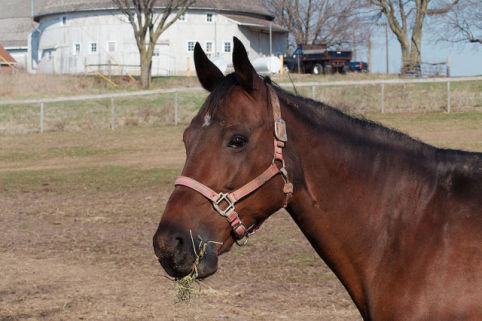 Horse (Photo by Dori/Creative Commons via Wikimedia) be drunk and he struck his horse hard enough to cause it to
rear back. He was given a sobriety test, which he failed.

The man, Patrick Neal Schumacher, 45, claimed that he had lost his driver's license (can we guess why?) so he had decided to make the 600-mile journey from Larkspur, Colorado to Bryce, Utah for his brother's wedding on horseback. The problem with his story is that Boulder is WAY out of the way for such a trip. He also claimed that when he struck the horse he was just swatting flies. 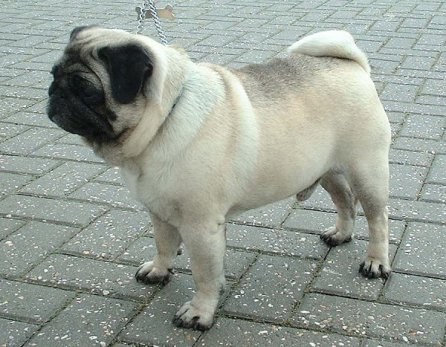 Pug (Photo by sannse/Creative Commons vis Wikimedia)During his arrest police found a pug named Bufford stashed in a back pack, and a black powder pistol and a six of beer in the saddlebags. Schumacher is now in the Boulder County Jail after being arrested on suspicion of animal cruelty, prohibited use of weapons, and reckless endangerment. In addition to these misdemeanors he was also being charged with riding a horse under the influence.