The Relationship Between Whale Poop And Krill Populations

For many years, scientists had a hypothesis that the loss of large
whales in the Southern Ocean over the last century and a half would
cause an explosion in the population of krill in the area. Studies have
not backed up the theory. Without their largest predator, the krill
population has increased very little. 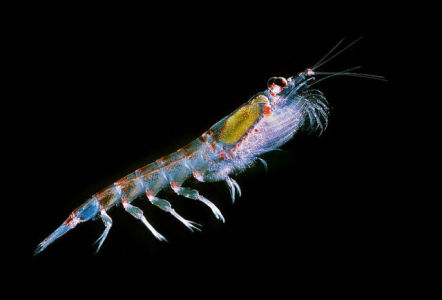 It appears now that the two species had more of a symbiotic relationship than anyone had realized. Krill are tiny crustaceans that scavenge the oceans the world over for phytoplankton and zooplankton. They are fished commercially by humans for use in Omega-3 food supplements.

The feces of the whales provide iron-rich product which feeds the ocean plants. The krill feed on the plants, the whales feed on the krill, and the cycle repeats. Reduce the whales and this cycle must adjust accordingly.

It is a theory that will be difficult to prove and may need to rest in mathematical modeling, at least for now.

Fish
News Stories
Science
Wildlife
The Zen Of An Aquarium Without The Work: A Simple Set Up Saltwater Aquarium