When we think of bears we might imagine a big brown bear that might come lumbering around a camp site, or a white polar bear lumbering around the Arctic ice, or a big papa panda bear sitting in a 'natural' zoo environment munching on some bamboo.  Seldom does a red panda bear come to mind; maybe because it looks more like a raccoon than a bear, and maybe because they are so rare... 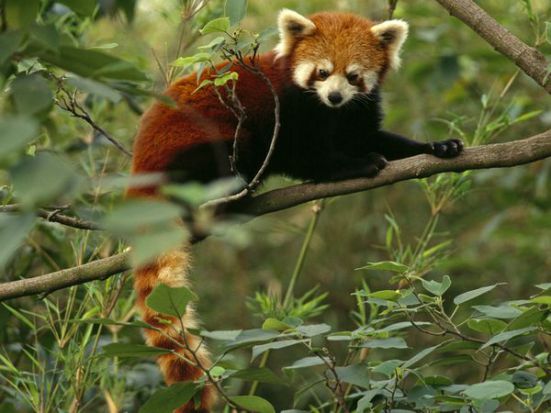 A full-grown red panda weighs between 10 and 14 pounds: image via nationalgeographic.com

But a young couple of red pandas at the Ft. Wayne Children's Zoo mated
for the first time this year and Mom, Xiao, gave birth to two cubs last
week. 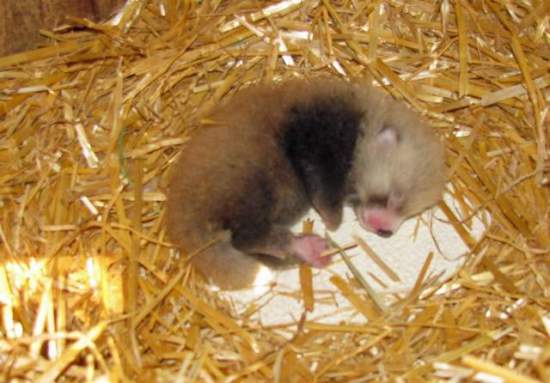 One of the cubs did not survive, but so far, the second cub is doing well. Here's Xiao, carrying him from one of his nesting beds to another. 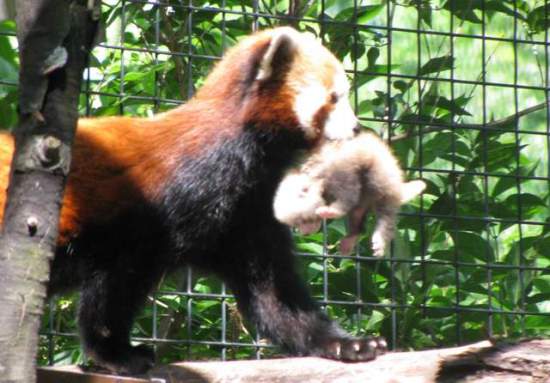 Mom red panda carries her cub to a nest box: photo via news-sentinel.com

Red pandas are born blind and deaf and are cared for by their mothers for about three months until they can function on their own. Red panda births are extremely rare, as they tend to be loners. It is not uncommon to lose one or more cubs within the first three weeks after birth, so the Ft. Wayne's zookeepers will be focused on making sure the remaining cub survives.

The red panda is native to the Himalayas of China and Nepal, but In the wild, red pandas are hunted like their forest co-habitants, giant pandas. If not hunted, the species has been chased from its homeland by deforestation. As such, red pandas, like giant pandas, are endangered species.

So, is the red panda a relative of the giant panda or the raccoon?  Believe it or not, according to National Geographic, it's been a puzzle for taxonomists as well.  "Currently," the website reports, "red pandas are considered members of their own unique family - the Ailuridae.

Cute
News Stories
Pandas
Wildlife
Hanukkah Is A Time For Miracles -- With A Polar Bear!
Winter Animals: They Wanna Hold Your Hand

Please Explain Why I Find This So Funny... The Animal Video Of The Day!!!