If beauty is in the eye of the beholder then so is ugly. A panel of
three judges at the 27th World's Ugliest Dog contest in Petaluma,
California got together on Friday and declared Quasi Modo, a Pit
Bull/Dutch Shepherd mix, the ugliest dog in the world. She beat out 25
other dogs for the title and took home $1,500 in prize money and a huge
trophy. 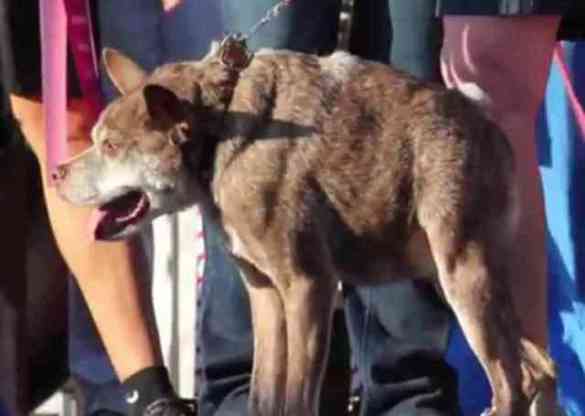 Quasi Modo was abandoned at a shelter in Loxahatchee, Florida. Because of her looks, caused by multiple birth defects to her spine, things were looking pretty grim. Then a veterinarian noticed the light in her eyes and the spring in her step and took her home forever. Even though her spine is too short for her body and everything went together in the worst way, she still enjoys a life of running and playing. 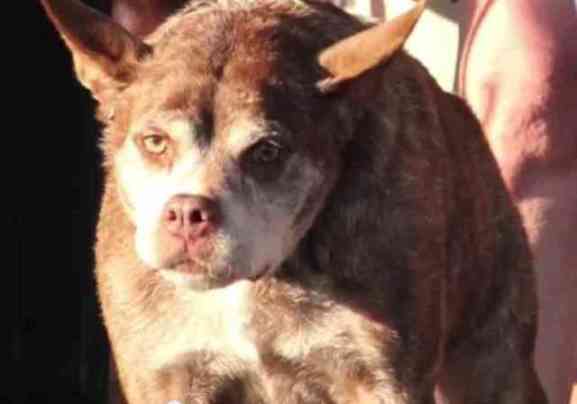 Her appearance has been known to cause grown men to leap on top of their cars in fear that she was a hyena or even a Tasmanian devil. Obviously somebody had been watching too many Bugs Bunny cartoons. However, once people met Quasi Modo her warm and loving personality won them over. She enjoys meeting new people and acting as a spokes-dog to teach others about accepting the differences in everyone.

Dogs in the competition are judged in several areas, including special or unusual attributes, personality, and natural ugliness by a three-member panel. Quasi Modo only narrowly beat out two Chinese crested/Chihuahua mixes named Sweepee Rambo and Frodo who took second and third places.

Personally, in spite of her hunch-backed appearance, I don't think Quasi Modo is all that ugly. Her appearance may be a bit startling perhaps, but not ugly.

SEE ALSO: The World's 5 Most Ugly Dogs Ever - Video

Want Proof That Eating Healthy Makes You Cute? The Animal Video of the Day!!!
PAL Hopes To Impact National Pet Adoptions With Its New Viral Video
Easter Is All About The Bunny

Meet Goliath -- The Large Animal Video of the Day!!!
Comments