Puttin' On The Ritz? The Rare Tuxedo Squirrel

This squirrel looks like he was putting on a tuxedo as his Halloween
costume this year. In actuality the "tuxedo squirrel" is a piebald
squirrel. This coloration is more common in other animals -- such as
cats, dogs, horses, and birds. In squirrels this condition is very rare,
making a sighting of one of the creatures something of a sensation. 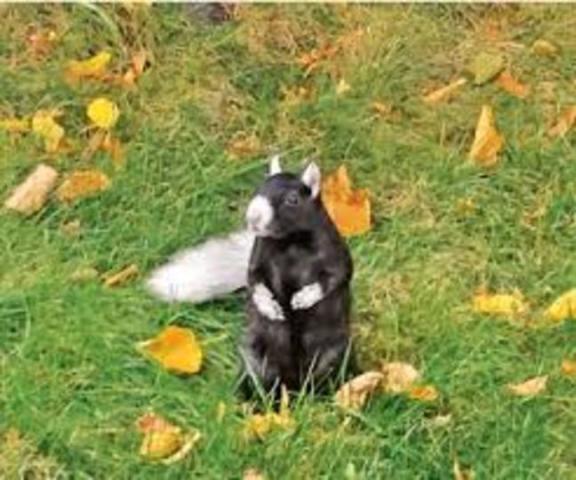 Recently, Alana Johns, a professor of linguistics at the University of Toronto in Canada, chanced to see one on her way to work. She immediately started to photograph the unusual little rodent. What should have been an all black Eastern gray squirrel had white nose, ears, tail, and paws. It does look strangely formal.

Like other piebald animals this condition is caused by a combination of skin without pigment alternating with skin with heavy dark pigmentation. The unusual symmetry of the markings on this particular squirrel are additionally uncommon -- resulting in quite a handsome fellow. 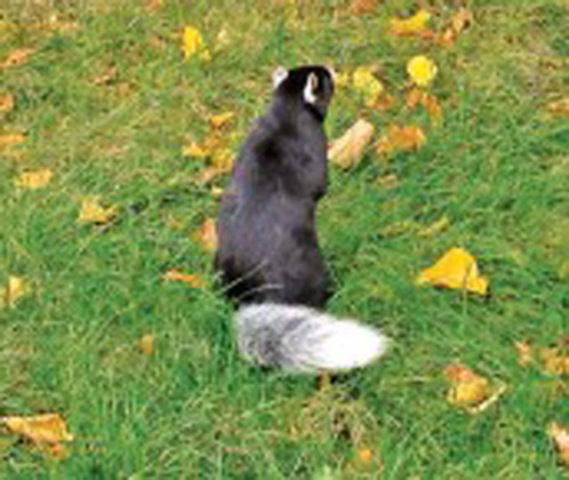 Because some of these squirrels look like mum had an affair with a skunk, there are those who refer to these tuxedo squirrels as "squinks." So Pepe LePew, you may be the father. Just kidding.

For many animals in the wild possessing unusual coloring, such as white, can be dangerous. It makes being able to use camouflage against predators difficult. If the unnatural white color occurs in a predator then it can make hunting extremely difficult since blending in is a part of the skill.

Thankfully for this particular squirrel, nuts and seeds don't notice what color you are. I don't know about the cats in Toronto, but my cat would probably faint from surprise at the sight of a tuxedo squirrel. 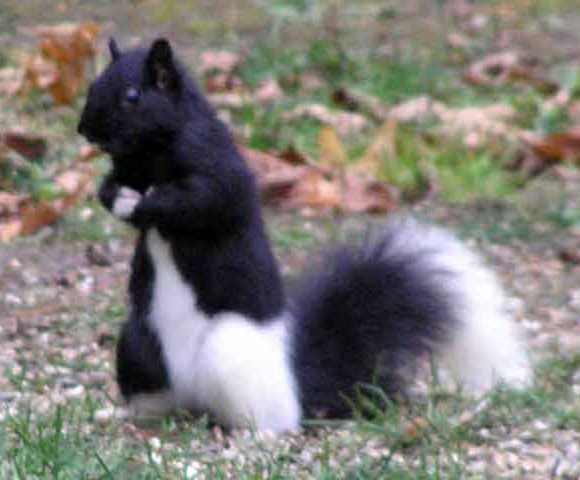