Praying with the Birds: For The Birds or Great Invention Idea?

According to the description of the Religious Meditation Apparatus, “a need has existed for a meditation tool that also acts as a bird feeder so that watching the birds can enhance a religious experience.” Patent# US 683718 dates back to 2005, and probably would have made venerable religious figures like St Francis of Assisi, a great lover of animals and particularly birds, smile. Still, this invention may be considered a bit askew by some because appreciating nature alone does not seem enough to constitute a religious experience. But then again, maybe by some standards, it does. 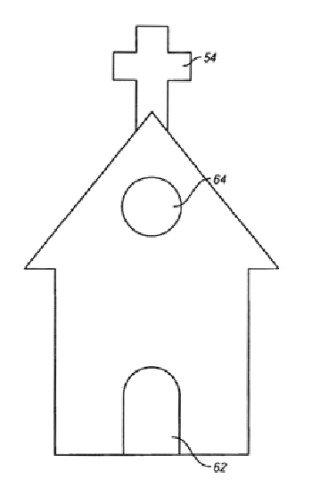 The Religious Meditiation Apparatus could prove itself to be a modern missionary, at least among birds that may not be uncertain about what they believe in, besides early worms, flocking together and such. The fact that squirrels are not included in this apparatus could be a source of dissension and might raise the issue of favoritism and bigotry among the different species of the animal kingdom. They may not have feathers, but they do after all, have feelings.

The Religious Meditation Apparatus is a noble and clever thought for a world that may not take the time to appreciate it. The apparatus includes two feed receptacles, a feed box formed by walls, a removable sliding plate, a sliding drawer for containing feed, a drain hole, a roof with a hinge, a balance plate over the sliding drawer, a drawer stop, an inclined floor enabling feed from the drawer to flow unimpeded to the feed receptacles, and a support under the floor extending the length of the feed box. (Whew!)

As far as the Religious Meditation Apparatus is concerned, to each his own respectfully, but for me, I am going to see if I can find and feed those squirrels.