The Power Of Love: A Dog And Her Boy

It has been said that cats and dogs are God's love in a fur coat. A
video from Buenos Aires, Argentina, going viral on You Tube seems to agree. It shows
a tiny boy with Down Syndrome being pestered by the family dog 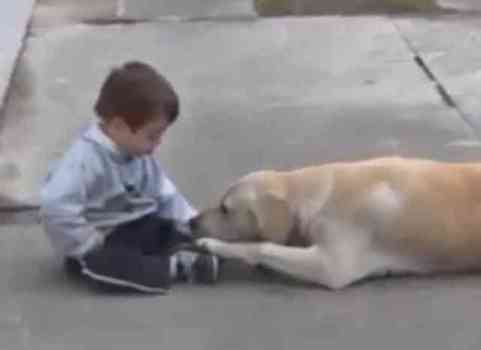 Young Hernán with Himalaya trying to love him (You Tube Image)with
gestures as gentle and loving as the animal can make them. The boy
repeatedly rebuffs the gestures and scoots away from the dog. Eventually
the canine persistence pays off and the boy appears to hug the dog.

Down Syndrome is a chromosomal abnormality that causes slow growth, characteristic facial features, and intellectual disability. It is the most common of these abnormalities in humans. The condition was first identified formally by John Langdon Down, 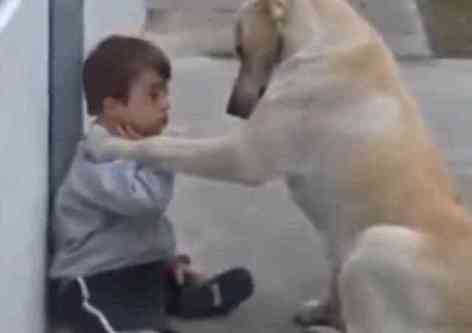 Young Hernán with Himalaya trying to love him (You Tube Image)a British physician, in 1866. The condition had been described clinically as early as 1838.

For young Hernán here the condition has also caused him to shrink from being touched -- similar to many autistic children. It was mom, Ana, who added this information in the comments once the video had been posted.

The sweet and gentle Himalaya, a yellow Labrador retriever, occasionally looks perplexed by her initial inability to reach the child's heart and soul. She pauses then tries again, repeating the loving attempts and pauses. At 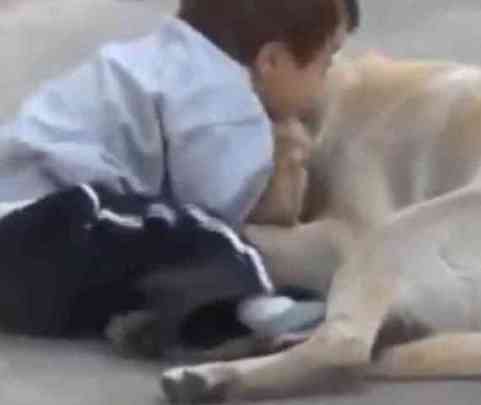 Young Hernán finally gives Himalaya a hug(You Tube Image)long last Hernán leans over and gives her a hug back.

It is wonderful to see that the human(s) present allowed Himalaya to work her magic without interference. As Humphrey Bogart once said, "Louis, I think this is the beginning of a beautiful friendship!" Will the dog make a difference in the boy's life? It looks like she already has.

Dog Laundry Hamper Is A Howl Of A Good Idea
PetsLady's Pick: Adorable Jewish Chihuahua Of The Day