The Poltical Cover-Up Of The Death Of Staten Island Chuck

There have been many political cover-ups in the history of this country
but few have centered around the fate of a groundhog. Last February 2,
Groundhog Day, New York City Mayor Bill de Blasio was on hand at the
Staten Island Zoo to lead the holiday festivities as the popular
groundhog, Staten Island Chuck, was brought out to check for his shadow.
The mayor accidentally dropped the furry rodent during the ceremony. 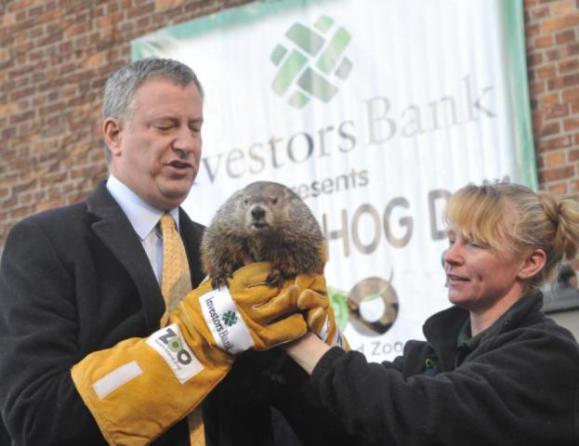 Three reporters with the New York Post recently discovered that the rodent, officially named Charles G. Hogg, was found dead in his pen at the zoo on February 9 of acute internal injuries. The zoo, which receives $3.5 million annually from the city, chose to keep the news from the mayor's office. They told only a few of the zoo's supporters and even then told them that Chuck had died of natural causes.

While headlines have screamed that Mayor de Blasio has blood on his hands, a spokesperson for the zoo said that it is unlikely that Chuck's death was related to the incident with the mayor, though it is unknown how the groundhog would have been injured while in his pen. 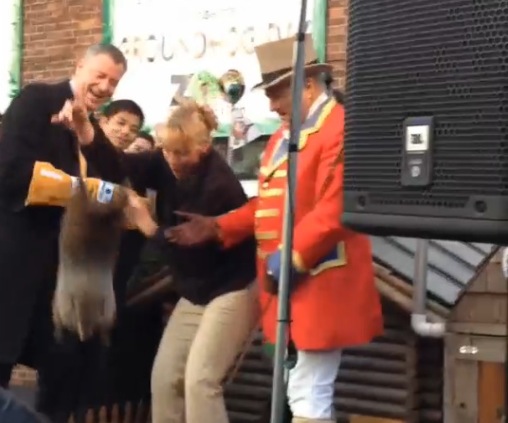 Chuck reportedly received a complete veterinary checkup immediately after the Groundhog Day incident and showed that he had suffered no ill effects. He was active in several other events during the week between the event and his death without a problem. Indeed, a look at the video shows that the mayor did not so much "drop" the animal as he just didn't hold on well enough to keep Chuck from letting himself down in an escape attempt.

If it is true that Chuck was completely unharmed by the leap from the mayor's arms, then why would the zoo choose to cover up the animal's death? Who else would have had reason to harm the popular critter?

A second cover up was also revealed in the course of the investigation. Chuck was not actually Chuck, but Charlotte. The real Chuck was switched out during the previous mayoral administration since Chuck did not get along well with Mayor Michael Bloomberg. The zoo admitted that it actually has four potential Chucks at any given time and when the big day comes they choose the one that is the least grouchy to take the spotlight.

While the knowledge of "Chuck's" death is now public, the mystery remains about how the animal received the injuries that caused her death.

Kittens Of The Sea: Nine Legendary Ship's Cats
Doves vs Feral Pigeons, Birds Of A Feather Or 2nd-Class Citizens?
Comments