Rush hour is hard enough to get through without having to deal with an
ostrich in the way. An ostrich? Yes, indeed. This week drivers in
Zhejiang Province in China were faced with this distraction while
navigating a multi-lane highway. It was often going against traffic and
was even knocked down in a collision with a motorcycle, but the hearty
bird just hopped up and kept on going. 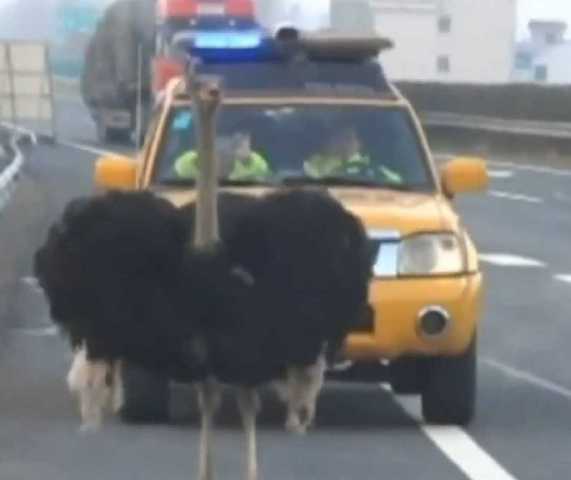 The ostrich was caught on video blowing through a toll booth without paying the toll -- just the first of a number of offenses committed by the bird. For part of its adventure it was running against traffic, racing head-on at the cars. That had to get the adrenalin going for some of those drivers. 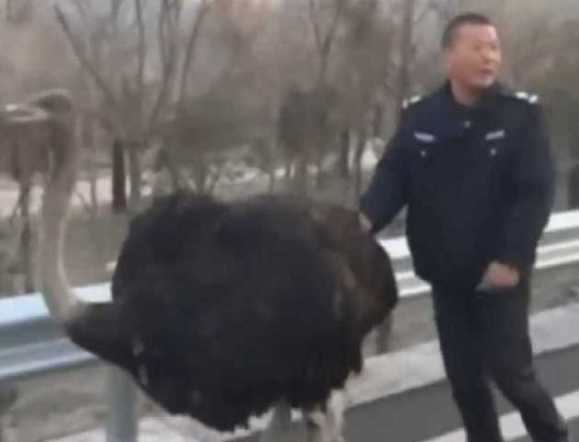 It took a while for police to catch up with the six-foot-tall bird. It had been racing a truck along the highway. They tried to pull the bird over, but it took off racing another truck. They finally managed to pull the ostrich over at an exit. By this time traffic was getting terribly tied up and the bird was winded and in need of a rest. In the video you can see the bird breathing heavily in the cold air.

Once everything was said and done it turned out that the ostrich was domesticated and owned by a local man who also keeps a female. That morning the man had discovered that one of his birds had "flown the coop." There has been no comment from the bird on why he set out on this adventure, but hopefully it was enough to keep him happily at home for awhile.

Birds
Cute
Fun
News Stories
Weird, Odd or Bizarre
Here's Something You Don't See Every Day -- The Animal Video Of The Day!!!
Evolution Speeding Up From The Days Of Land-Dwelling Whales