You have heard about throwing yourself on someone's mercy. For one young
pit bull it was a literal act as she threw herself through the open
window of a police car into a policeman's lap to ask for help. The
officer had 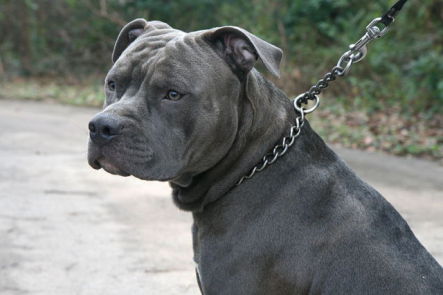 Pit Bull (Photo by Ildar Sagdejev/Creative Commons via Wikimedia)the surprise of his life to find himself suddenly covered
grateful dog. It is a story he will be telling his grandchildren about.

The little lost pittie did exactly what you are supposed to do if you get lost, she found a police officer to help her. She just did it a bit more forcefully than most people would recommend.

Washington, D.C. police sergeant James Black was stopped at a red light when the large, furry object flew through the window of his unmarked car. The animal was so grateful that she threw herself into his lap and started licking his face. After that she would not be moved and Black had to drive back to the police station with the dog in his lap and her head hanging out the window. Fortunately the15-year-veteran of law enforcement was able to take it all in stride and recovered quickly to start laughing.

Sometimes animals just know who to approach for help when they are in dire straits. Another officer could have panicked and caused harm to the dog and himself.

Officers at the station cosseted the dog with food and water until animal control arrived. She was then taken to the Washington Humane Society where she was given the name Star after a white marking in her fur. She is estimated to be between one and two years old.

And here people always thought it was only cats that were good at landing on their feet!