Lanai Bayne is a photographer on the rise. His wildlife photos are
wonderful, though he will be the first to say that he is not yet at the
point he wants to be with his photography. While National Geographic is
not (yet) on his doorstep, every time he picks up his camera he tries to
push his own boundaries to get to the next level. The main thing is
that he is living the dream. 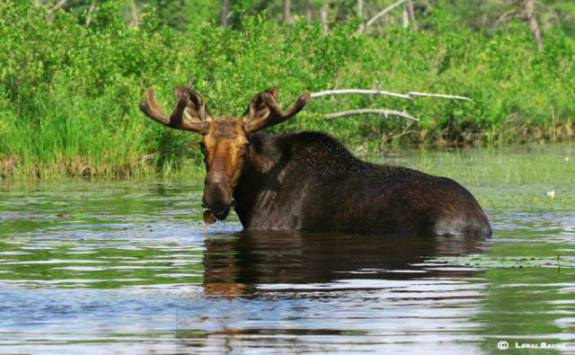 A Moose Bayne Photographed While On A Canoe Trip

That dream began when Bayne was just 4 years old and his godfather gave him his first real camera -- a Polaroid. His very first picture was that of a cat. At that moment he was bitten by the "shutter bug" and sought to see the world through a camera lens from that day forward.

Tigers In A Zoo

While much of his early work was primarily landscapes, as he found a fondness for the outdoors (as any good Colorado-born boy would) he started photographing the animals he saw around him. When he was in college he went to Belize for the summer and began scuba diving. It was a moment that mirrored his fourth birthday. "From the first moment I put my head in the water I thought 'this is going to change my whole life.'" 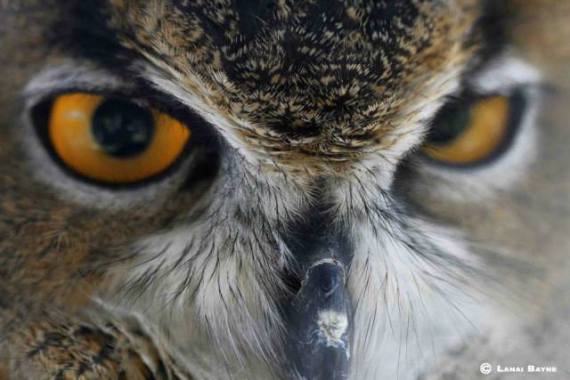 He didn't have a camera with him on that first dive, but as soon as he was able to purchase a good water-proof casing for his camera he was taking pictures of the amazing diversity of wildlife he found there. He has gone diving in waters in many places in the world -- from Florida and Hawaii, to India and Thailand, to the Azores, Bon Aire, and Costa Rica. 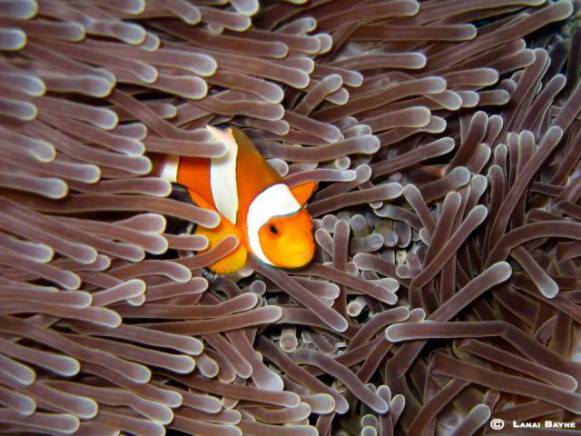 His photography has begun to garner him some paying clients -- including a hospital in Hawaii that bought several photos to decorate with. It is still early in the game, though, and more clients will be finding their way to him. 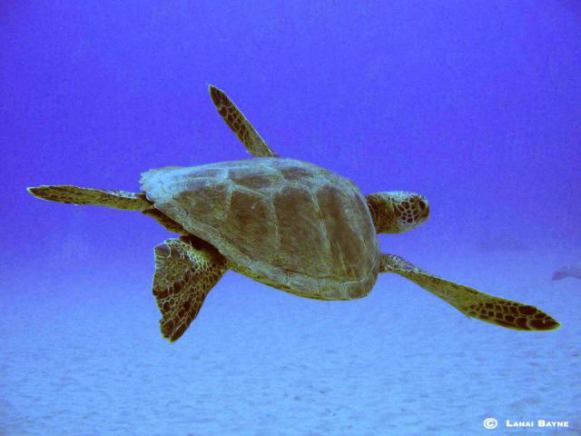 Bayne's mother, Jyoti Wind, sat in on the interview, and admitted to a certain amount of amazement over her son's talent and success. She had always wanted to take photos, but in her life there wasn't the time or the money as she raised Bayne and his brothers and sister. Now he is repaying her sacrifice by helping her learn photography now -- and she isn't half bad. Bayne commented that she is wonderfully supportive. There is not doubt that he inherited his creativity from her. She is an author and poet. 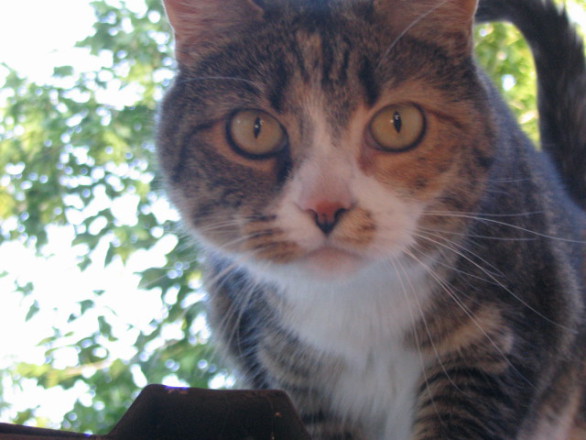 Photograph by Bayne's Mother, Jyoti Wind of My Cat

When it comes to her son's wildlife adventures she just laughs and says "I'm not there when he's doing it so I don't know what's going on." That certainly keeps any worry at bay. She is also very supportive of Bayne being able to live the dream that had eluded her. 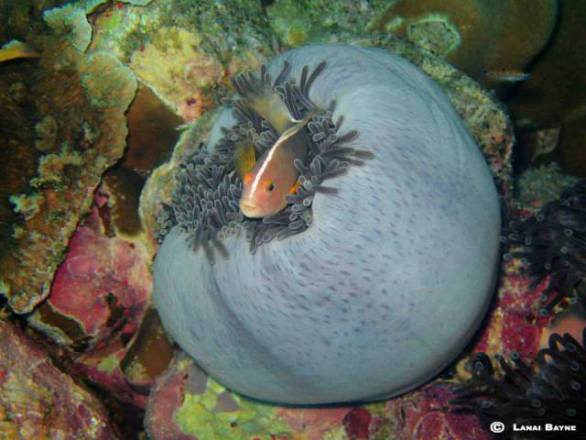 For the most part Bayne's wildlife adventures have not been dangerous, thankfully for his mom and his girlfriend. He has had a couple of issues -- one being bitten by an eel and another getting caught in water after dark when the jellyfish came in. Fortunately Bayne is fairly immune to the sting of the little jellies he faced.

In many ways the adventure is still just beginning for Bayne, and the future is looking bright, whether on land or under the ocean.

Animal Art
Cute
Fish
Fun
Mammals
News Stories
Wildlife
Coalinga's Iron Zoo Puts The 'Pet' Into Petroleum
This Is Not A Pet - Surreal Animal Art Of Jacub Gagnon
The Third International Comedy Wildlife Photography Awards ARE ON For 2017!
Around The Heavens With Twelve Animals
Comments