While violence against women and children have occupied the headlines of late date, due to the firestorm ignited by 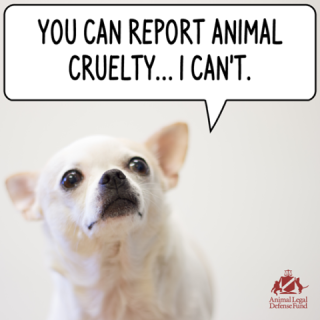 \NFL player Ray Rice against his wife, less has been reported about the changes to the current status of animal protection. But good news -  this week, according to CatChannel.com, crimes against animals will receive the same treatment as major offenses such as murder, assault and arson.

In a recent FBI release, it was announced that Director James Comey has signed off on an addendum to add animal cruelty offenses to the Uniform Crime Report (UCR), while also allowing local agencies to begin tracking these offenses and reporting them to the FBI.

The FBI’s official definition of animal cruelty will be:

"Intentionally, knowingly, or recklessly taking an action that mistreats or kills any animal without just cause, such as torturing, tormenting, mutilation, maiming, poisoning, or abandonment.

Included are instances of duty to provide care, e.g., shelter, food, water, care if sick or injured; transporting or confining an animal in a manner likely to cause injury or death; causing an animal to fight with another; inflicting excessive or repeated unnecessary pain or suffering, e.g., uses objects to beat or injure an animal. This definition does not include proper maintenance of animals for show or sport; use of animals for food, lawful hunting, fishing or trapping.”

he UCR has been collecting, publishing and archiving animal cruelty data since 1930. Now that animal cruelty, which includes, animal neglect is part of the FBI’s Uniform Crime Report, law enforcement agencies will be motivated to pay closer attention to cases involving cruelty to animals.

The new changes will make animal cruelty a crime against society and a "Type A” offense with four categories: simple/gross neglect, intentional abuse and torture, organized abuse and animal sexual abuse.

For over ten years, animal rights groups have lobbied for this change. The National Sheriff’s Association proposed animal cruelty be listed as a separate offense in the National Incident Based Reporting System that feeds the data into the UCR. The combined efforts of these organizations resulted in this victory for animal rights. 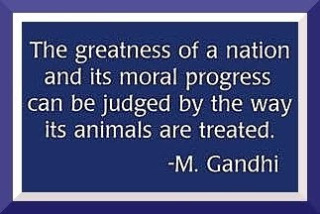 and children, it’s just as important that news about these changes to protect our animals get just as much attention in the headlines. Perhaps Gandhi said it best when he made reference to this issue decades ago.