Today, when we used the word 'animated,' or 'animation,' we are generally referring to still images that are shown in very rapid succession to give the illusion of movement.  Puk, the graphic illustrator behind Coolpuk, creates still portraits of pets that are animated without illusion technology. The portraits are simply full of life! 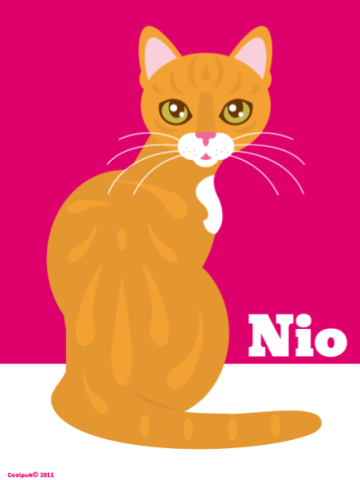 The Silken Windsprite (a type of long-haired Whippet) Is known for its speed, especially in sprinting.  Puk says that Finn, below, runs so fast, he looks like he's flying! 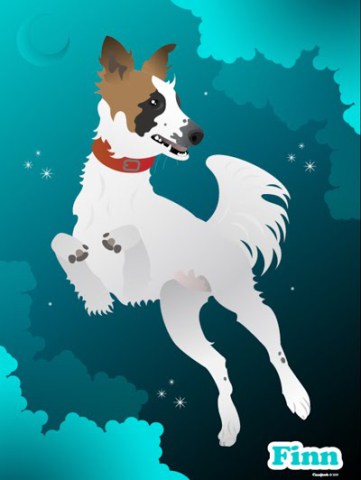 Now, Raf may have his eyes closed in the portrait below, but you know he is ready to be summoned at a moment's notice to his owner's side or to be the first at the door when there's a knock.... 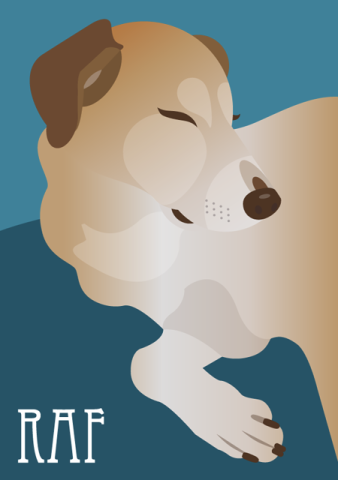 Here's a really cute illustration of Luke, the Boston Terrrier.  Every dog knows what a suitcase means, and Luke's position says, "Oh no, you're not! Not without me!" 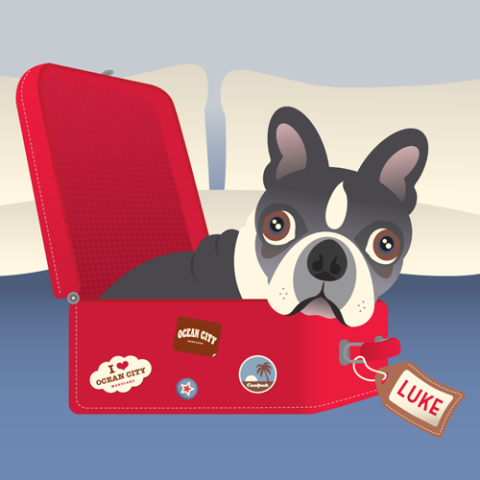 Puk does her pet portraits from photographic images and written descriptions from pet owners.  She gets to know each subject's unique personality before she creates them.  It's her attention to the personality of these pets that makes them so animated on canvas.

Here is one of Puk's favorite illustrations. It's called Rocky in the Sky.  It was a holiday card she designed for a customer whose dog, Rocky, had recently passed away.  The card was a tribute to Rocky. 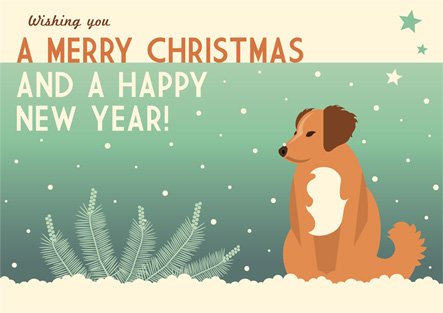 Images re-published with the permission of the artist.