Cute, but endangered, pangolins are hunted for their scales and their
meat. They have been hunted to the 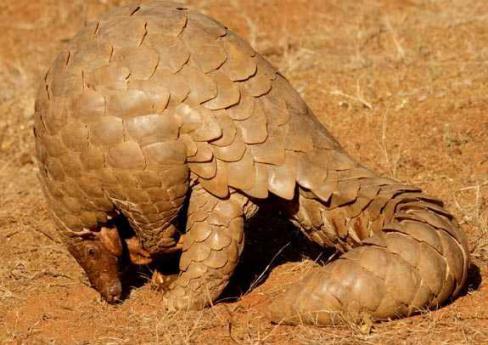 The pangolin is a scaly anteater that resembles a pine conebrink of extinction. Earlier this
month, customs officials in Bangkok, Thailand, rescued 110 pangolins after a high
speed chase with a pick-up truck. The animals, which somewhat resemble pine cones, were worth
$35,000. The poachers were planning to sell them outside of the country.

This was the latest rescue of pangolins over the past few weeks. They are believed to be victims of a large exotic animal smuggling operation. A collection of 171 pangolins were rescued days earlier, followed by another group of 155 pangolins just a few hours later. 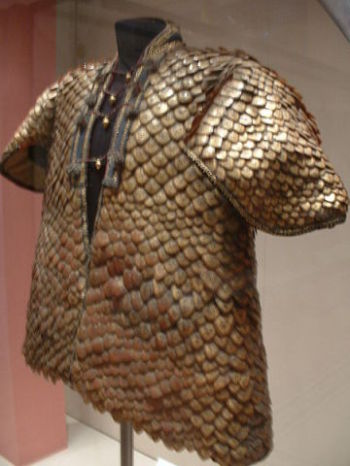 A coat of armor made from pangolin scales presented to King George III in 1820The animals, who feast on ants and termites, are natives of Thailand, Myanmar (Burma), Laos, and Cambodia.  Others are native to Africa. They are active mainly at night and stay in their burrows during the day. Pangolins can grow to 25 inches in length and weigh up to 22 pounds when fully grown.

In addition to being used for meat, the blood and scales are often used in folk medicine and are believed to be able to cure just about everything from skin conditions to sexual dysfunction. The skin can be cured and used as leather. In 1822 an armored coat covered with gold-edged pangolin scales from India was presented to King George III of England. It is the only known example of this historical use of pangolin scales.