What does the Twitterati and Barn Owls have in common? Well, it seems they are known to frequent historic landmarks, such as the Palace of Fine Arts in the Marina District of San Francisco, California. But what makes it a venue of consequence for those that tweet, chirp or hoot?

Originally constructed for the 1915 Panama-Pacific Exposition, a world's fair-type event that ostensibly celebrated the completion of the Panama Canal. Perhaps part of its continuing attraction over the years is that it has stood the test of time. Early on, its majestic architecture easily won the hearts of San Franciscans, and when the building started showing signs of age, a fund was initiated to preserve the Palace beyond the Exposition event time-frame. 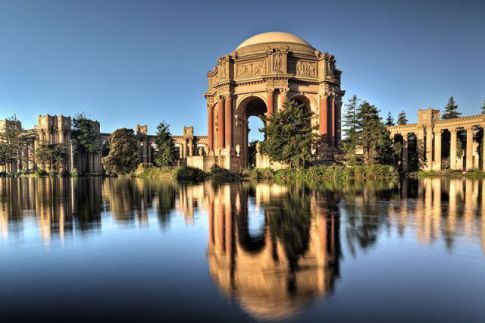 Palace of Fine Arts
With a rebuild in 1965, and a renovation in 2009, it was updated just in time to be selected as one of the host

A year later, Twitter did a 360 ° in its dealings with 3rd party apps, where they acquired some of the more popular ones and closed the doors to allowing many of the others to stay in business. Liz Gaines at At AllThingsD stated that "Chirp 2010 was perhaps a premature commitment by Twitter to grow up and become a business, laying out various revenue models and developer road maps."

So no return to the beautiful Palace of Fine Arts for Twitter. Instead, this year, the venue attracted another kind of bird. Differing from the online Twitter bird, the Palace became the unwitting home to some barn owls.

It appears this species of owl seems to favor historic sites. For a good number of years, the Smithsonian Castle in DC was the home to two barn owls. Secretary S. Dillon Ripley actually commissioned the pair from the National Zoological Park to take up residence in the Castle's northwest tower.

Increase & DiffusionRipley aptly named these in-house predators "Increase" and "Diffusion" to underscore the Smithsonian's mission statement: "for the increase and diffusion of knowledge."  The duo were given the keys to the Castle January, 1977, and hatched three young owlets during their tenure. They also were responsible for reducing the rat population which had become a serious problem for the Castle employees and visitors.

Fast forward to 2011 and on the West Coast, there is now evidence that barn owls have taken up residency at the Palace of Fine Arts.  "Barn owls were once a common sight in the Bay Area, but in recent years their numbers have declined. In fact, they are listed as endangered species in seven midwestern states," according to a KGO-TV report in San Francisco.

After sightings at Alcatraz and the Golden Gate Park, the latest nesting family has been spotted at the Palace of Fine Arts. Josiah Clark was a member of a bird-watching group attempting to break the record for spotting the most bird species in San Francisco in a single day. He proudly finished the evening with a quick visit to the Palace of Fine Arts, where he located owlets and their mother.

Other sightings have also been documented at the Palace. Photographer Walter Kitundu was able to capture a pair roosting in the upper level of the rotunda. 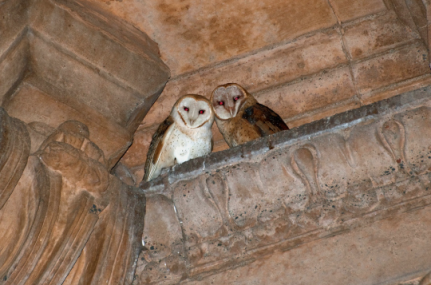 Characterizing them as "ghostly aeronauts," he also captured this one in full flight. 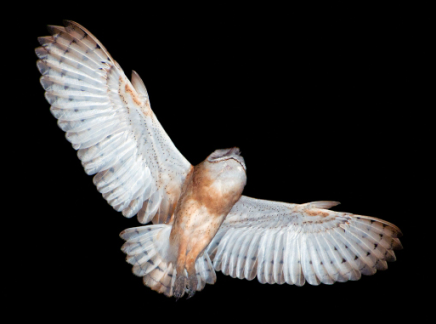 Contrary to popular belief, the barn owl does not hoot. Such calls are more common with other species, like the Tawny Owl or the Strix.  It instead produces the characteristic shree scream, ear-shattering at close range, where males in courtship give a shrill twitter. So perhaps the barn owls were attracted to the Palace of Fine Arts when they first saw the Twitter bird landing at the site way back in the Spring of 2010. They say "birds of a feather are known to flock together." Hoot knows -it's possible? 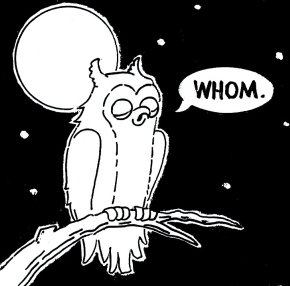 READ ALSO: 10 Owl Ornaments That Will Make Christmas A Hoot!