The Owl And The Pussy Cat

Remember that old nonsense rhyme about The Owl and the Pussy Cat? The
pair started out by going to sea together and ended with dancing by the
light of the moon. In a case of life imitating art, Fum the cat and
Gebra the barn owl are best friends and enjoy playing with one another as
much as they can. There are times when it seems that they might be ready
to attack one another, but it is all in fun. 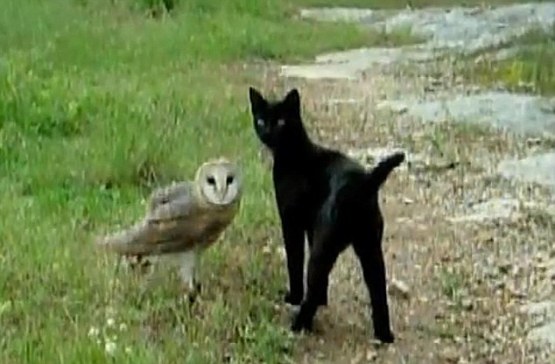 Fum and Gebra (You Tube Image)

The pair apparently lives in the Catalonia region in the northeast area of Spain, along the Mediterranean coast. Fum is Catalan for "smoke" and Gebra is Catalan for "frost."  The pair met when they were both young and quickly formed a strong bond. They both belonged to falconer Jordi Amenos Basora and their friendship started when Basora would take Gebra out to train at hunting. Fum would follow along and he took an interest in the feathered fowl. The next thing Basora knew Fum was also airborne, trying to reach Gebra in mid-air. 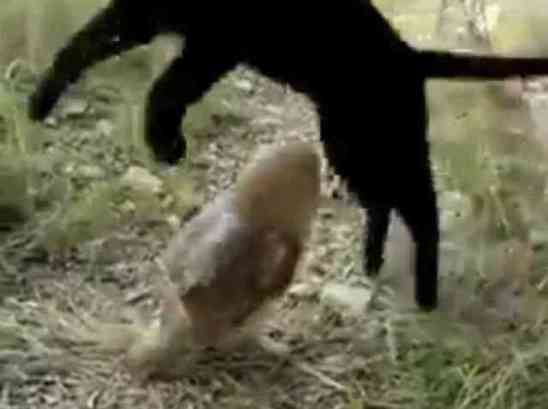 At first he was rather alarmed since this was something that could end so badly between two predators. After a few days he realized that this was a game, not serious behavior. Watching the two together was so amusing that Basora started filming them for his own entertainment. After a time he put a few clips together and posted a link on his Facebook page. The video went viral overnight. 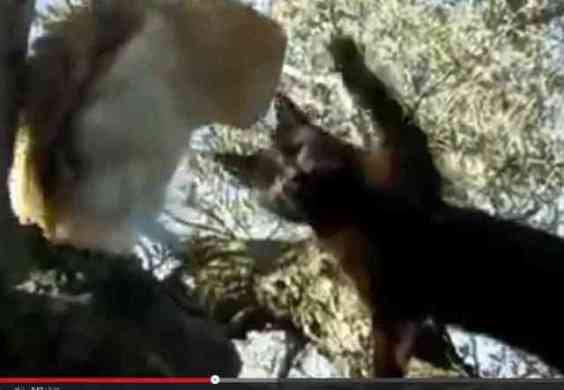 Fum and Gebra up a Tree(You Tube Image)

With the help of his good friend and web developer Farran Marti, Basora develop a website for the unlikely pair where people could stop by and chat about Fum and Gebra's lives. 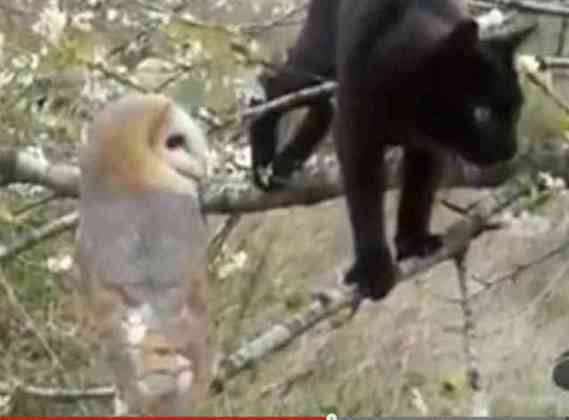 Fum and Gebra up a Tree(You Tube Image)

While they may seem to be an impossible pair, the videos tell a different story as they enjoy each other's company among the grasses or in the almond trees. Fum is definitely the more rambunctious of the pair and he indulges in acrobatic moves and he leaps over Gebra or launches himself at her in flight. In calmer moments they share kisses and rubs. 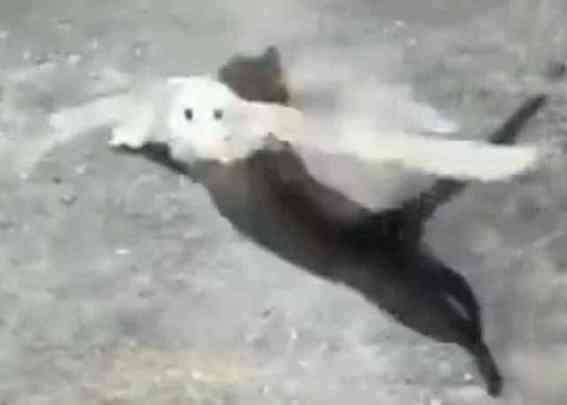 Fum and Gebra (You Tube Image)

Sadly, Fum's life was a short one. In May 2013, he succumbed to Feline Urological Syndrome after vets were unable to clear his blocked urethra. Urinary problems are fairly common in cats.

Had Fum not passed on, he and Gebra may have achieved the internet fame now afforded to animals like Grumpy Cat, Lil Bub, and Jesse the Jack Russell Terrier. Sad as his passing may have been, he did manage to live his kitty life as richly and thoroughly as he could in his allotted three years.

Perhaps on some nights when no one is looking the pair do indeed dance by the light of the moon among the almond trees -- in spirit.