Ace The Rescuer: The Other Side Of Pit Bulls

Pit bulls have gotten a really bad reputation over the past couple of decades and it has led to numerous communities banning the breed. While some of the dogs have shown aggressive and even violent tendencies, they can also have a sweet, caring side that gets far less press. This has led to many debates over whether it is really the dogs or the owners that are at fault. Earlier this month a pit bull named Ace saved his family's deaf son before the house burned down. 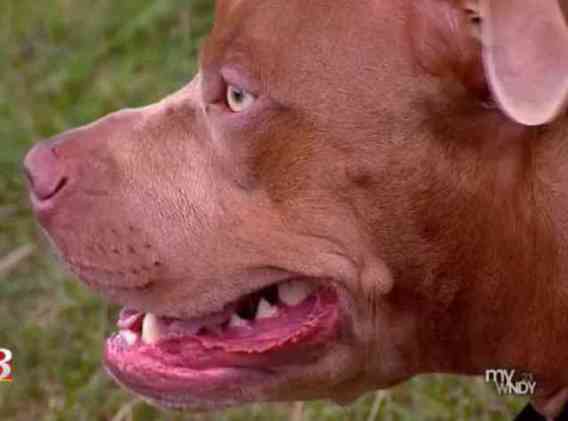 Nick Lamb, 13, of Indianapolis, had taken out his cochlear implants to take a nap so when the fire started he didn't hear the fire alarms going off. It is possible he wouldn't have woken up until it was too late if Ace, the family's dog, hadn't gone into the bedroom and licked Nick's face until he woke up. The boy got up, thinking that the dog wanted to be fed or to go outside.

He wasn't moving fast enough and Ace kept at him to get him moving. Nick realized then that the house was filling with smoke. He grabbed one of his implants, covered his mouth and nose with his t-shirt, and followed the dog out of the house. 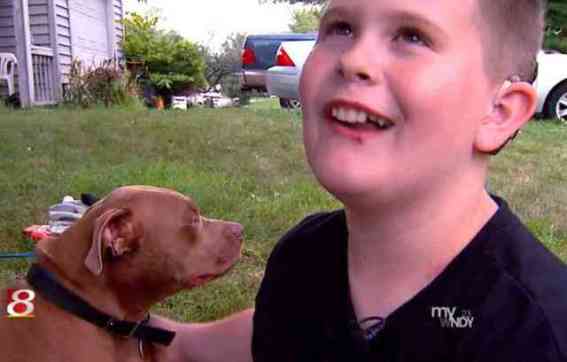 Nick with Ace (You Tube Image)

Medics checked Nick out at the scene and released him. No other family members were at home at the time. Firefighters were also able to save the family cat, Pixie, who checked out as fine with the vet.

The fire was most likely caused by an electrical issue in the garages. The house was a total loss. Had it not been for a very determined pit bull the results could have been tragic.

"I love him a lot more now," said Nick while petting his hero.

Can You Make Your Dog Catch Food Better Than Fritz?
Comments