Earlier this month the staff of the Manchester Airport in the U.K. was
shocked by the death of their beloved Olly. Olly was the stray cat that
they had all adopted in 2007. The cat was named for the Olympic Building
at the airport. As she led a public life at the airport, she became
popular with both the staff and visitors and she became famous around
the world. 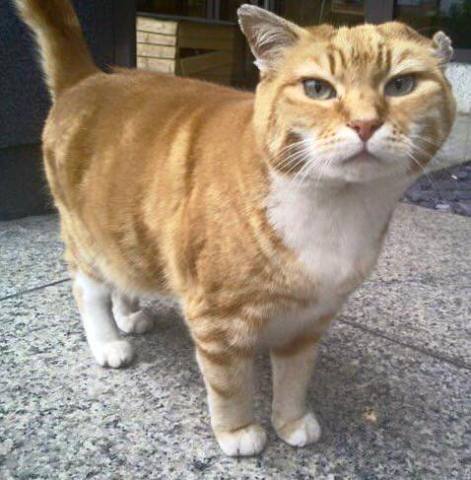 I first told you about Olly in 2013 (click here for the original article). At that point she had retired from public life at the airport the year before. Plans to remodel much of the airport forced the bosses to decide that it was time for Olly to become a proper house cat. One employee, Jennifer, was selected to take her home and become her personal slave.

After I wrote that initial article I posted it on to Olly's Facebook page and said that I hope she liked it. The little ginger moggy with the wonky ear (with the help of her slave) did like it and we became Facebook friends. We poked each other almost daily and I became one of her devoted fans by posting fun cat things to her page and responding to things other people posted with the opinions of my own kitty, Naomi. I knew about her issues with "squizzels" and when her "hoomin" spent too much time at work. 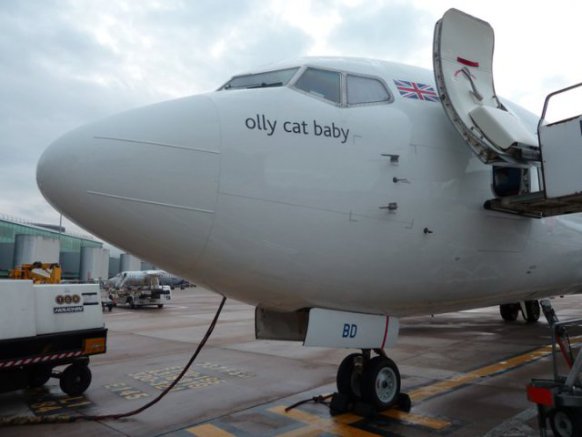 The Jet Named for Olly the Airport Cat (Image via Facebook)

Jennifer messaged me and I was among the first to be notified of Olly's passing before the news was released to the public. I was devastated and in tears. I had become very attached to her since writing her original story. The news broke the next day and papers around the U.K. carried to story of her passing due to a lung infection. In the coming days the story made it to U.S. websites.

So why has it taken so long for me to write about Olly's passing? Because I had to work through some grief issues over a cat I had never met, but came to feel especially close to. It is amazing how that can happen these days with social media. 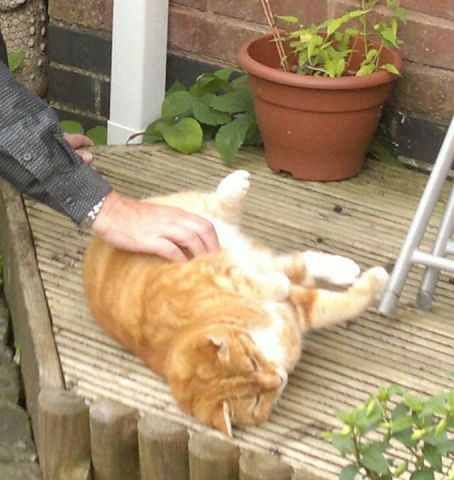 I am now Facebook friends with Jennifer. The cat's page is still up and we all still comment on the pretext that Olly is now posting from kitty heaven. What the heck? It is a way for us all to keep Olly's memory alive.

Farewell dear Olly! Happy travels and I hope you make peace with all those squizzels.

Have Yourself A Merry Little Catmas