Obamacare For Pets? Why Not? Veterinarians Are Being Pork-Barrelled!

With all the flack the Obamacare roll-out is receiving, veterinarians might be the next to storm the White House with pitchforks and torches in hand. Why? Well, it appears they're re being taxed by the Affordable Care Act -- but neither them -- nor the pets they care for -- receive any of the benefits.

With a little bit of pork, watch the medicine go down? 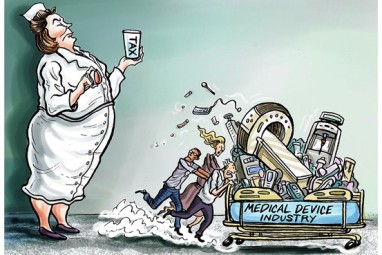 In a common legislative ploy, oftentimes bills get passed with extraneous pork projects added. Typically  "pork" involves the funding of government programs whose economic or service benefits are concentrated in a particular area but whose costs are spread amongst all taxpayers.

When Obamacare was passed, It's an item that most likely slipped under the radar, even by veterinarian lobbyists. It pertains to a portion of the law that taxes medical devices for artificial hips and defibrillators in the amount of 2.3 percent. This allows for the device manufacturers to pay their part in subsidizing a small percentage of the cost of Obamcare.

The added fees, the tax’s advocates argued, would be offset by the greater volume of patients now eligible for reimbursement for the devices.

The tax applies to equipment and machinery as well, including ultrasound and X-ray devices, and veterinarians are charged this tax (as well) since they use the same machines on their patients - namely our pets. But vets aren’t benefiting from the influx of new insured patients, they argue, since the ACA doesn’t extend its coverage to our four-legged or feathered beneficiaries, and therefore should be exempt from the tax.

"If we don't get more Patients, We shouldn't incur more Costs!"

rview with NPR, Dr. Douglas Aspros, a veterinarian at Pound Ridge Veterinary Center in Pound Ridge, New York and past president of the American Veterinary Medical Association, says the veterinarian community is suffering unfairly from the device tax. “We are not getting any more patients from the Affordable Care Act, and we should not be pulled into this,” he says.

Aspros said devices that aren't labeled specifically for veterinary use are subject to the 2.3 percent tax. "That may sound trivial but if a device costs $30,000 to $40,000, it is not a trivial expense," he said.

Aspros said veterinarians may have to pass this extra cost on to petowners for treating their pets. He noted visits to pet doctors have fallen since the economic downturn, and some veterinarians may delay upgrading their equipment rather than pay the extra tax. "This is an additional expense ... and we do not need to bear this burden on top of an already stressed environment," noted the veterinarian.

About $29 billion in funding for the expansion of health coverage under the Affordable Care Act is expected to come from this medical device tax. Hip implants, MRI scanners and catheters to unclog heart arteries are all affected. Toothbrushes, contact lenses, hearing aids and other consumer products are exempt.

Let us know how you feel about the Medical Device Act? Even if you're 'for' or 'against' Obamacare, should this tax be levied against the doctors who care for our pets, and potentially end up raising our veterinarian bills? Or should our pets be covered under Obamacare? And if not, should Congress act on revising this portion of the bill - and hopefully thwarting off that one faction of Congress that sits with pitchforks and torches on-the-ready? Your thoughts? 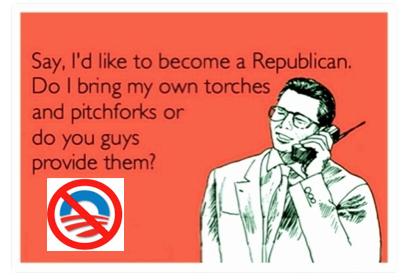