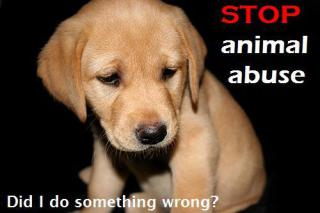 It may be an uphill battle to convince members of the New York City Council to pass a law requiring a registry of convicted animal abusers, primarily because of the cost - a reason similar animal abuse registries have failed to pass in Virginia, California, and Florida.  But if NYC can pass a law outlawing the service of large soda drinks in the city, it should certainly be able to pass and enforce a law requiring a registry of animal abuse offenders.

The measure provides that convicted animal abusers be barred from owning any pets; if caught owning a pet, they would be subject to a maximum of 1 year in jail and a $1000 fine. Like sex offenders, they would have their names, addresses, and photographs entered on an online database, but it would only be accessible to pet shops and  which would be available to pet shops, pet adoption agencies, and pet shelters.