New Species Of Wasp Has Jaws Longer Than Its Legs

A two-and-a-half inch wasp was recently identified as a new species of wasp by a professor of entomology at the University of California, Davis. Professor Lynn Kimsey, who found the scary looking wasp on the Indonesian island Sulawesi, noted that she didn't know how the males of the species could walk, as their jaws are longer than their legs! 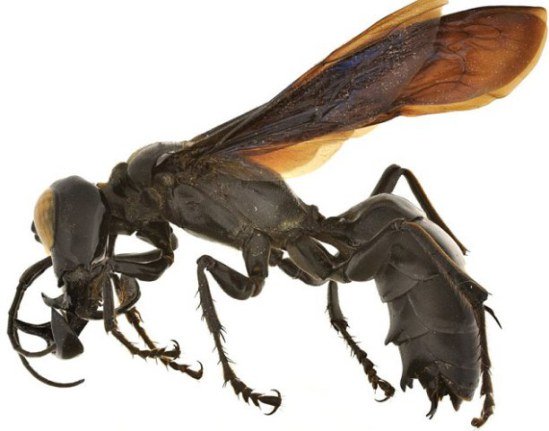 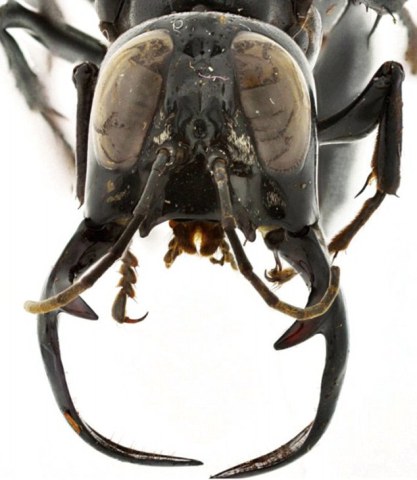 New species of wasp has long jaws: image via dailymail.co.uk

"I don't know how it can walk," Kimsey said, but she did venture an educated guess about the function of the jaws, saying hat they probably play a large role in defence and reproduction.  Like another species of wasp, the male hangs around the nest entrance.  This serves, Kimsey said, to defend the nest, but also to insure the paternity of the offspring.

Apparently every time the female enters the nest, the male 'exacts payment' from the female by mating her, and it's probable that he uses his huge claws to hold her down during copulation.

Kimsey says she will name the new wasp after the Garuda, the national symbol of Indonesia.  Garuda is a mythical bird that is part human, part eagle.  With wide powerful wings, Garuda is very strong and very fast. Right now, the new wasp is just referred to as 'the king of wasps.'