Cockatoos are a popular bird to have as a pet, though they are not the
talkers that regular parrots are. They can still be genial pets, though
they can be given to tearing out their feathers when faced with
psychological challenges. That is what happened to Ophelia (a.k.a. King
O) after his owner died. Despite his startling appearance he can really
rock out. 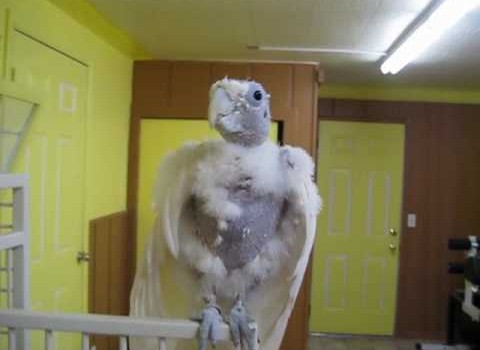 Even if his loving owner didn't know that he was really a boy and gave him a girl's name, he had only known that one home and was distressed when it was lost to him. He is now in residence at the Best Friends Animal Sanctuary's Parrot Garden. The Sanctuary is located in Kanab, Utah, just north of the Arizona state line. 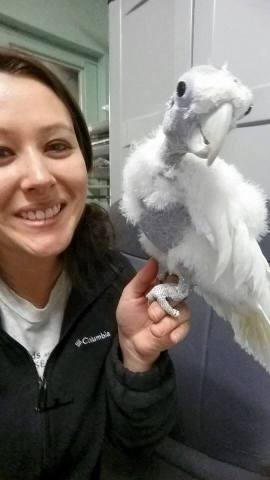 Feather plucking is similar to nervous grooming among cats and once it starts it is very difficult to stop. This leaves Ophelia hanging out in all his naked glory with a bad habit. Since his birth in 1999 he has been through at least five homes and now needs someone who will make a long-term, loving commitment to him. Since cockatoos can live 40 to 60 years he is still a young bird. 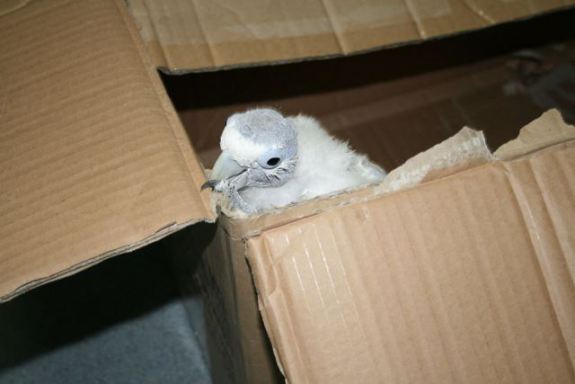 Ugly as he may be from his affliction, Ophelia loves to rock out and sing. He also is able to say a few words as well. Check out the video to see how much he loves to dance and sing. What he lacks in voice he more than makes up for in enthusiasm.

He is such a popular resident at the Sanctuary that the Parrot Clinic has been named for him. Not bad for a nearly naked little cockatoo!

I Will Cut You! The Crab With A Knife Animal Video Of The Day!!!

Want Proof That Eating Healthy Makes You Cute? The Animal Video of the Day!!!
Comments