Japan is a nation that has had more than its share of monsters -- well,
in the movies anyway. When people started calling the police in Kyoto
reporting that they had seen a "monster" near the Kamogawa River it
raised more than a few eyebrows. However, the "monster" turned out to be
a Japanese Giant Salamander. 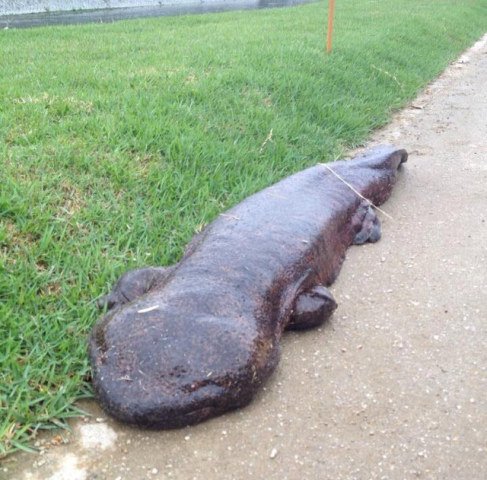 The rather ugly amphibian is native to freshwater rivers in Japan and is the second largest salamander in the world. It can grow to be up to 5 feet long and can live about 80 years in the wild. Because of its lack of gills the salamander lives in free-flowing rivers that are well-oxygenated. It is surpassed in size only by the Chinese Giant Salamander, a close relative, which grows to nearly 6 feet long. 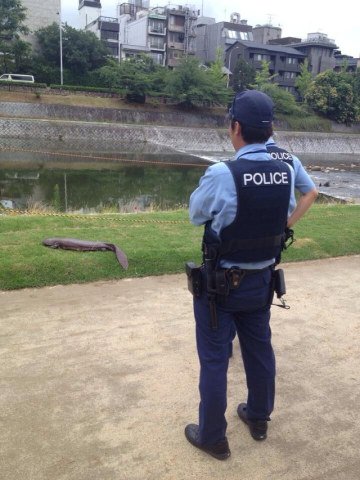 These salamanders are normally nocturnal, so a day time sighting is rare. Fortunately this salamander did not feel threatened and did not need to employ its natural defense of emitting a milky substance with a strong odor that resembles that of a Japanese pepper. For this reason the Japanese also refer to the salamander as the giant pepper fish.

A student on his way to class saw the animal and shot a quick video of it before calling police.

Two Kyoto police officers stood guard over the creature to make sure no one approached it while it finished its saunter along the river. Once it had slipped back in the water they returned to regular duty.