Meet Matteo And His Marmots

For Matteo Walch the Austrian Alps are alive with the sound of marmots.
The boy from Innsbruck became acquainted with the creatures when he was
just four years old when his family was on vacation. They have returned
each year since so that Matteo can visit with the animals he loves.
Don't call him a marmot whisperer though. Marmots are not as shy as they
are made out to be. 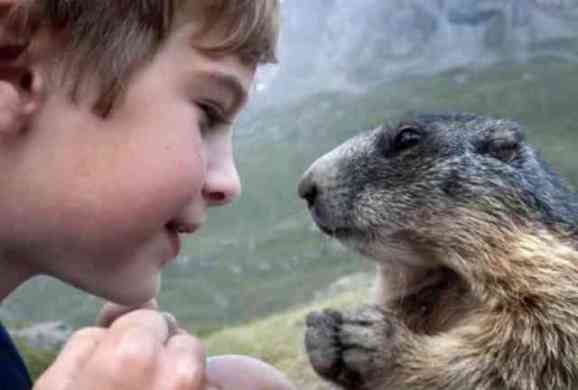 The photos of Matteo and the marmots are very cute and worthy of making the rounds of the internet. There is a bit ofcontroverysy ofver the photos. The controversy is not over the authenticity of the photos. It is over the idea that marmots are shy animals that would not approach just anyone. 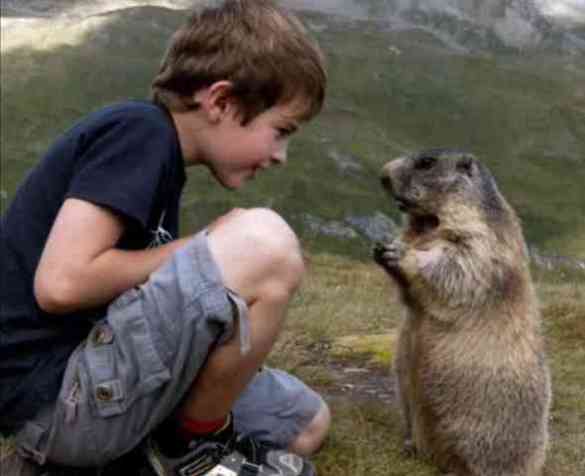 Marmots are large members of the squirrel family and squirrels are not very shy animals. There are numerous species of marmots throughout the world, particularly in mountainous areas. If you noticed that they look a lot like groundhogs that is because groundhogs are lowland marmots. They communicate using high-pitched whistles that has caused them to be referred to as "whistle pigs." 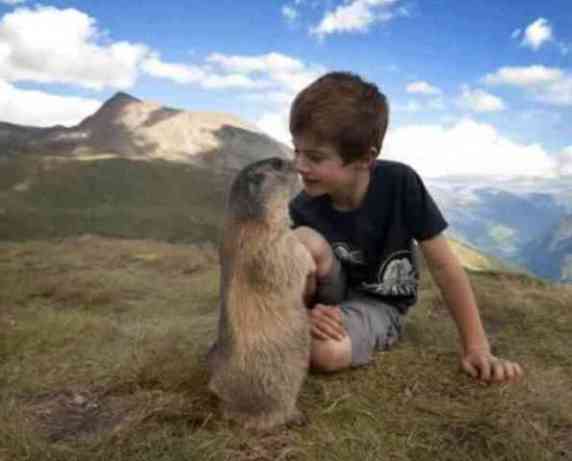 My own experiences with marmots in Rocky Mountain National Park is that they are far from shy and, like squirrels, if they think you have food to share you become their best friend. Matteo is seen feeding the animals in some of the photos. Additionally, unless you are trekking far into the wilderness, the critters are habituated to the presence of humans so that we are no longer so scary to them. 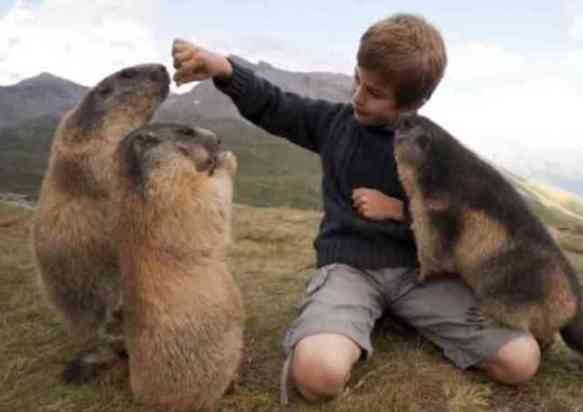 Matteo and Marmots (You Tube Image)

Some have accused these photos of being a hoax. No, they are not a hoax. However, the text that went with them may be a bit zealous in selling the idea of Matteo being a miracle child who can magically communicate with the critters.

The "miraculous" part may really lie in the parents who let their child get that close to wild animals that may or may not bite, scratch, or transmit disease. As ill-advised as that may be, the result was an amazing and fun set of photos and the memories of a lifetime for Matteo.

PetsLady's Pick: Adorable Pocket Puppy Of The Day
Let Your Baby Chew On A Giraffe
Comments