Stubbs, the honorary mayor of Talkeetna, Alaska, is in rough condition
after being attacked by a dog. He has a 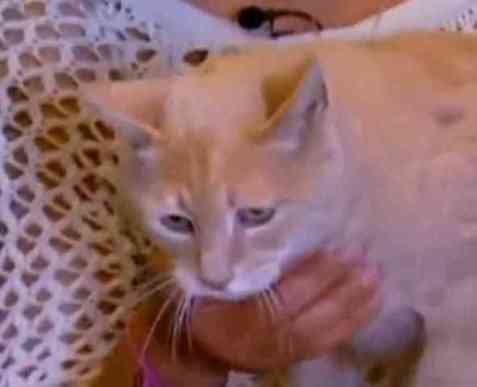 Mayor Stubbs of Talkeetna, Alaska (You Tube Image) fractured sternum and a
punctured lung. After undergoing three hours of surgery he is on the
mend. Stubbs has been mayor of the town of 900 people for more than 15
years. The town voted him into office with a write-in campaign when he
was a kitten when they didn't like the three human candidates who were
running for the office.

The town, just north of Anchorage, shot to the world stage upon Stubbs taking up the mayoral office. Talkeetna has become something of a tourist destination for cat lovers. Stubbs is also a hit on social media with thousands of likes to his Facebook page. Those Facebook friends are now wanting to chip in to help pay for his medical bills. 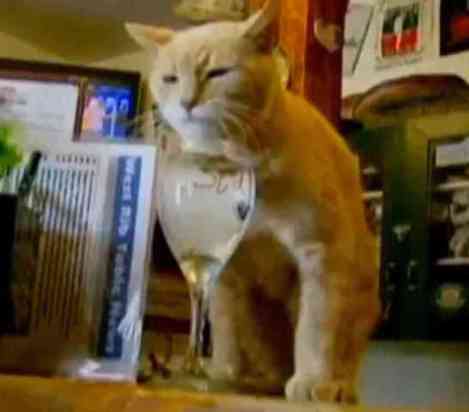 Mayor Stubbs Getting Soused on the Job (You Tube Image)Stubbs, now recovering from the assassination attempt at the vet's office, usually holds office hours at Nagley's General Store. There he receives his water (infused with catnip) in a ceremonial goblet and keeps an eye on all those who come and go.

He had started out life as part of a litter of kittens abandoned in a box in the store's parking lot. The store's manager, Lauri Stec, saved the kittens and gave them all away except for the one she decided to keep. Stubbs received his unusual moniker because he is part Manx and does not sport a tail.

The assault happened late Saturday evening and the canine culprit is still at large and hiding from the authorities.  Along with his other injuries, Stubbs also has a 5-inch gash in his side. On Tuesday a breathing tube was removed and the cat is breathing on his own for the first time since the attack.

It is not uncommon for dogs (which outnumber humans in the town) to run at large. For the most part they respect the Mayor and don't interfere with his evening strolls to check out the neighborhood. On this particular evening, however, one dog apparently had an ax to grind.

The prognosis for Mayor Stubbs after the unwarranted dog attack is unknown. For now he is holding his own. Prayers and positive thoughts are always welcome.

A Close Encounter Of The Feline Kind! The Animal Video Of The Day!!!
Ban On Dog/Cat Sales In Georgia Pet Shops Continues to Expand
PetsLady's Pick: Cute Mother's Day Dog Of The Day