Lunch With A Side Of Elephant

You could call it "lunchus interruptus." This week tourists at Mana
Pools National Park in northern Zimbabwe were enjoying lunch al fresco
when they were approached by a bull elephant. They were advised to
remain still so they froze and avoided looking at the big boy. One man,
Stephen Montague of Ireland, was looking the animal's direction and that
seemed to be an issue for the elephant and he tossed Montague and his
brother-in-law, Shane Wolf. 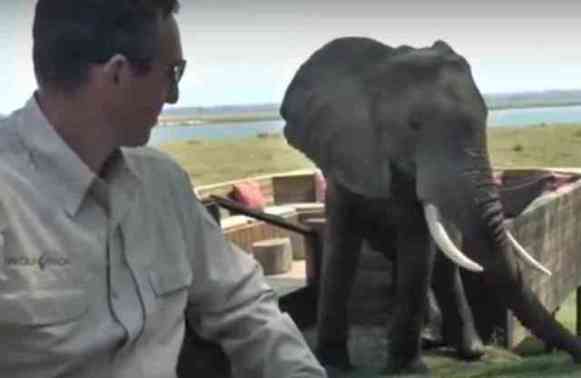 The elephant also took out their table, sending everything crashing to the ground, before he wandered off. The other tourists scattered in fear.  The incident was caught in an impressive video that was uploaded to YouTube by Wolf. Fortunately, both men received only minor cuts and bruises as a result of the incident. 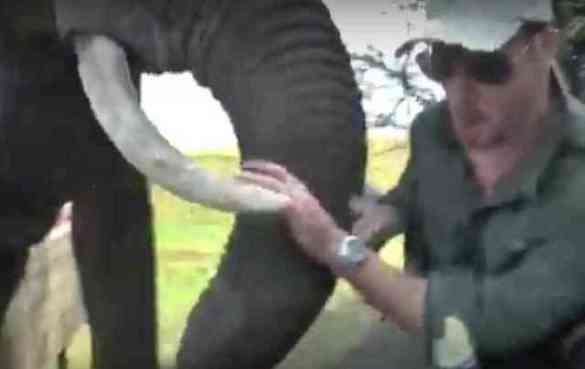 The men were extremely lucky. Reportedly, there are around 500 people being killed by elephants worldwide each year. Some zoologists say that the reserves that the elephants live on are too small, inciting greater levels of aggression in the animals.

This attack could have been much worse. Chances are the bull elephant was asserting his dominance and reminded the assembled humans about who is really in charge. Whatever the reason everyone on the safari now has a great story to tell their grandchildren.