It was just another day for the restaurant Mama Latina, along the
Emerald Coast on the island of Sardinia. Then a German couple came in
and changed all of that. They wanted to buy all of the lobsters in the
live tank to go -- without butter, and without being baptized in boiling
water. 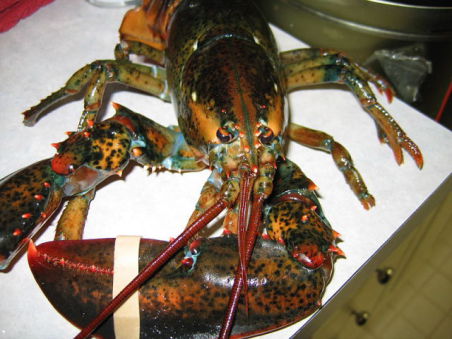 They wanted to take the lobsters alive and return them to the Mediterranean. Another customer pointed out that the crustaceans may not survive being released back into the sea, but the couple was adamant. They negotiated a price of 500 euros ($629) with Roberto Paci, the astounded owner of the restaurant. Once the deal was done, the baffled restaurant staff loaded the lobsters into a box and sent them on their way.

One can only speculate that the crustaceans were then taken to the sea, released from the rubber bands that bound their claws, and returned to a perfect life scavenging the sea floor. A rather Disney-esque view, perhaps, but most would like to see such somewhat cock-eyed compassion rewarded with an idyllic ending.

However it turned out, for one day a few lobsters escaped death by boiling water.