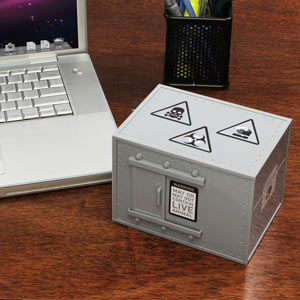 Schrödinger's Cat Executive Decision Maker Box You know how people react to new inventions sometimes?  They say, 'Oh, I already thought of that," very proudly, and disappointed too that someone else made it happen before they did.  Well, I bet that not many of you thought of creating a cat box to make decisions for you.  Nevermind, it's been invented by ThinkGeek... who else?

It's not a weejee board; it's much simpler than that.  In fact, Schrödinger's Cat Executive Decision Maker is so simple to operate, you don't even have to be a geek to use it. 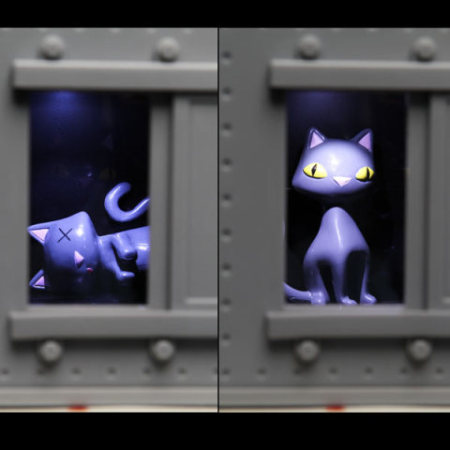 2. Open the door to the Schrödinger's Cat Executive Decision Maker

Cats
Cool Stuff To Buy Humans
Cute
For Her
For Him
Fun Stories
Funny
Gadgets and Electronics
Technology
Videos
Weird, Odd or Bizarre

Keep Your Feet As Warm As Kitty Paws This Winter
Tiny Kitten Rubbins! The Animal Video Of The Day!!!
Ten Fascinating Facts About Cats
Comments