Leatherback sea turtles are the largest turtles on earth and the fourth
largest reptile right behind three species of crocodilians. They migrate
between feeding grounds and nesting areas. It has been a mystery to
scientists and researchers for years as to how they know just when to
make the change. Now it appears that an area on the crown of their heads
may be the key. 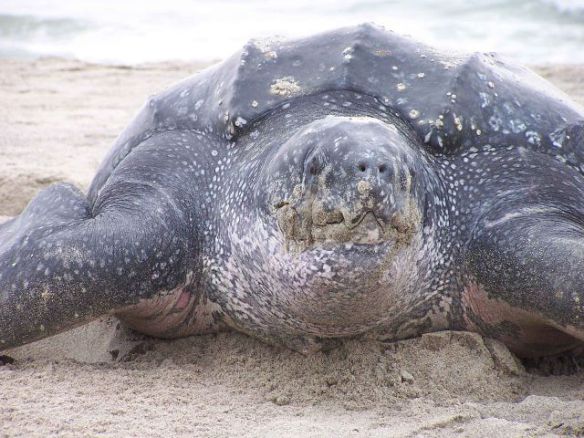 This area which is an odd-looking spot lacking pigment is called the pineal or "pink spot." Researchers are saying that the spot acts as a sort of skylight in the turtles' skull that allows them to detect small changes in sunlight.

At the end of summer the turtles that have been foraging in the cool waters of the north must turn south to make the journey to their nesting grounds to breed. Scientists investigating how the turtles know just when to make that turn reviewed turtle sightings and historical data to see if they could resolve this question. They found that sea temperatures were too variable and slow to change with the seasons to be a viable trigger. 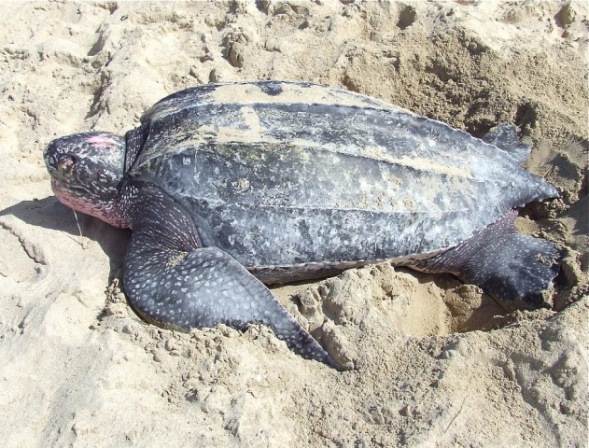 This research led them to conclude that it is the length of time there is sunlight in a day was most likely the trigger and that this was sensed through the pineal. It also turns out that the bone and cartilage underlying this area was noticeably thinner, lending further credence to their conclusion.

Comfort Animals Take To The Not So Friendly Skies

We May Have Descended From A Worm?